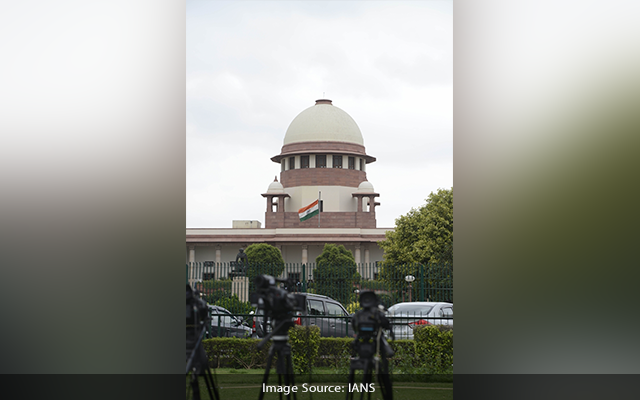 New Delhi: The Supreme Court on Tuesday November 23 said the invaluable right of a person to ventilate his grievances against land acquisition should not be unjustifiably extinguished.

A bench comprising Justices K. M. Joseph and S. Ravindra Bhat said, “Merely because the purpose of the acquisition is found to be a public purpose, the duty of the authority does not end.”

It further added, “He must be satisfied that there is real agency such that the invaluable right vouchsafed to a person to ventilate his grievances against the acquisition is not unjustifiably extinguished. Section 5A of the Act (Land Acquisition Act) guarantees a right to the person interested in the property which was the only statutory safeguard to stave off a compulsory acquisition of his property.”

The bench emphasised that the authorities must remain alive and alert to the precious right created in favour of the citizens which is not meant to be a mere empty ritual. The bench noted that power under Section 17 (4) is discretionary, but being a discretion, it must be exercised with due care. “It is true that if there is relevant material however meagre it may be and the authority has without being guided by extraneous considerations applied his mind and taken a decision, then the court would adopt a hands-off approach”, said the bench, in its 62-page judgment.

It was the case of the petitioners that despite the urgency clause being invoked, the possession was taken only in January 2006, after a notification under the Act was issued in 2004. “It is stated that till date on the spot neither any construction under the residential scheme has been started nor it ‘appears to be’ in the near future”, noted the bench.

The top court quashed the notifications issued under the Land Acquisition Act. “The impugned notifications and proceedings based on the same shall stand quashed. The property shall be returned back to the appellants. This will be without prejudice to the rights/powers available to the respondents under law,” said the top court, putting an end to a 12-year-old dispute.