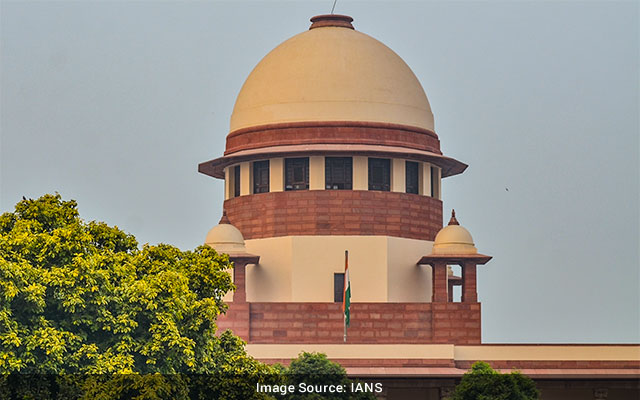 New Delhi: The Supreme Court on Thursday December 16 agreed to hear a plea by Tamil Nadu government and others challenging the Madras High Court judgment quashing the law on internal 10.5 per cent reservation to the Vanniyar community under the Most Backward Classes category.

A bench, headed by Justice L. Nageswara Rao, said the high court’s interim order would continue and the admissions or appointments already made under the quota will not be disturbed. The Tamil Nadu government, political party PMK and others challenged the high court’s Madurai bench November 1 order, holding that the state lacked competence to permit such a sub-classification in the absence of study of their backwardness.

The bench, also comprising Justices B.R. Gavai and B.V. Nagarathna, issued notice to those who challenged the law before the high court, and scheduled the matter for further hearing in the second week of February. It made it clear that no adjournment would be given, as the matter is important, having implications on admission to educational institutions and appointments to jobs.

Senior advocate A.M. Singhvi, representing the state government, submitted that Indra Sawhney judgment (Mandal Commission) recognised the concept of sub-classification among backward classes. However, the bench pointed out that arguments have to be made on the point of the competence of the state legislature to enact the law.

The high court had ruled that Tamil Nadu special reservation of seats in educational institutions and appointments or posts in services under the state within the reservation for the Most Backward Classes and Denotified Communities Act, 2021 as ultra vires the provisions of the Constitution.

The state government had cited various reports and data indicating Vanniyars were more backward among the Most Backward Classes.

The high court had noted that the state government lacked the competence to pass the law as it was brought before the 105th Constitutional Amendment.

This amendment had restored the power of states to identify Socially and Educationally Backward Classes by nullifying the effect of the top court’s Maratha quota judgement.