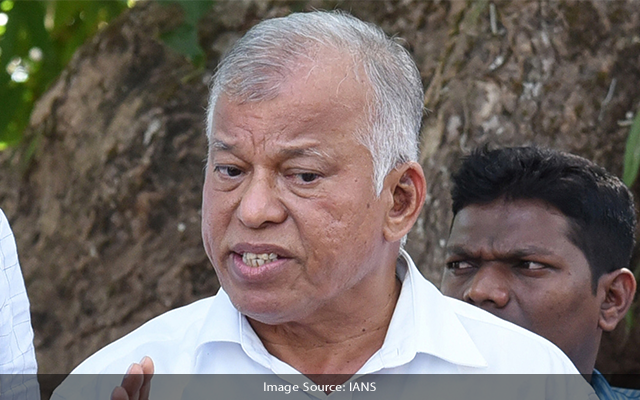 New Delhi: After BJP, the Trinamool Congress is becoming a new home for the disgruntled Congress leaders who are upset with the style of functioning of the top leadership particularly Rahul Gandhi.

The latest entrant in the TMC club is Luizinho Faleiro who was the former Chief Minister of Goa and close to Sonia Gandhi and was working committee member of the party.

Faleiro joining Trinamool comes on the heels of ex-Congress women wing president Sushmita Dev also joining TMC and now has been nominated by the party to the upper house of the parliament. The Congress leaders who are not finding the place in the Rahul Gandhi set up are leaving the party as Falerio’s exit will have impact in Goa elections as he was one of the MLAs in five-member Congress legislative party.

The Congress is going into Goa elections with Girish Chodankar as State President and Digambar Kamat, the former Chief Minister as legislative party leader. The Congress leaders in private admit that the TMC leaders are sending feelers to the people who are upset within the Congress.

Falerio said, “I am a Congressman of 40 years. And I will continue to be a Congressman of the Congress family. This family has to come together if we have to fight Modi. Among all the four Congresses, it is Mamata who has given a tough fight to Narendra Modi and his juggernaut.”

While the old and seasoned Congressmen are leaving the party, the Congress is set to welcome ex-JNUSU President Kanhaiya Kumar and Gujarat legislator Jignesh Mevani who are set to join Congress on Tuesday afternoon.

Both the leaders had met Rahul Gandhi recently and sources say that talks have been finalised between these leaders and the Congress party. The Congress wants to rope in these two leaders ahead of assembly polls and particularly Mevani before Gujarat polls for their oratory and crowd pulling capabilities.