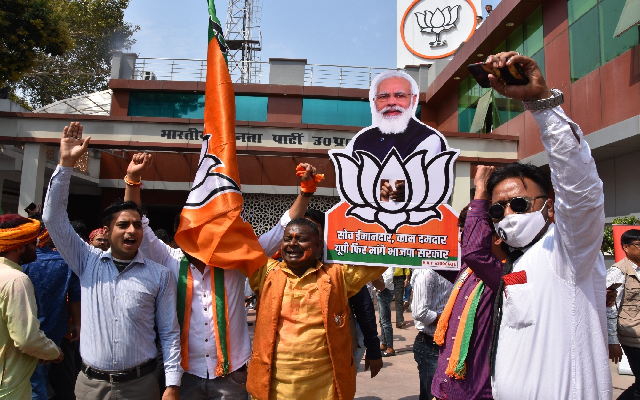 BJP Rajya Sabha member Vinay Sahasrabuddhe tweeted, “While the final tallies are yet to come, voters have hugely responded to PM @narendramodi Ji’s appeal and REJECTED most Dynasty Based parties!SP in UP, Cong is Goa, Manipur, UK & Punjab, Akali in Punjab and TMC in Goa, facing huge defeat! Lessons for Shiv Sena and NCP if they learn.”

“Double Engine Governments are winning across India under the leadership of PM Shri @narendramodi. It is very evident that Voters have more faith in the ‘development politics’ of BJP than the ‘appeasement politics’ of the Opposition,” Ravi tweeted.