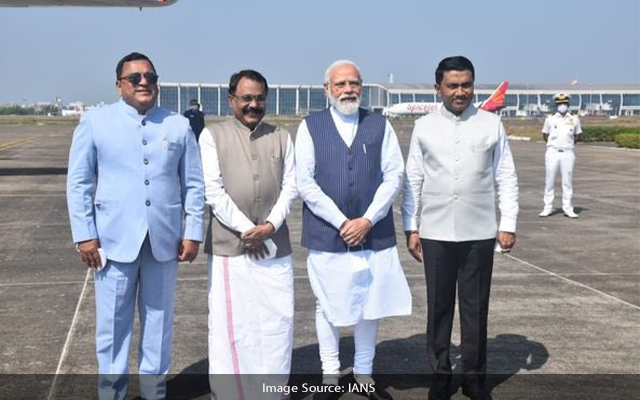 The Prime Minister is in Goa on the occasion of the 60th anniversary of the state’s Liberation from Portuguese rule on December 19, 1961.

The re-development of Aguada Fort Jail Museum as a Heritage Tourism destination under the Swadesh Darshan Scheme, has been carried out at a cost of over Rs. 28 crore. Before Goa’s liberation, the fort was used to incarcerate and torture freedom fighters. The Museum will highlight the contributions and sacrifices made by the prominent freedom fighters who fought for liberation of Goa and will be befitting tribute to them.

Modi also virtually inaugurated a super speciality block at the state’s apex medical facility, the Goa Medical College and Hospital, which has been constructed at a cost of over Rs. 380 crore under the Pradhan Mantri Swasthya Suraksha Yojana scheme.