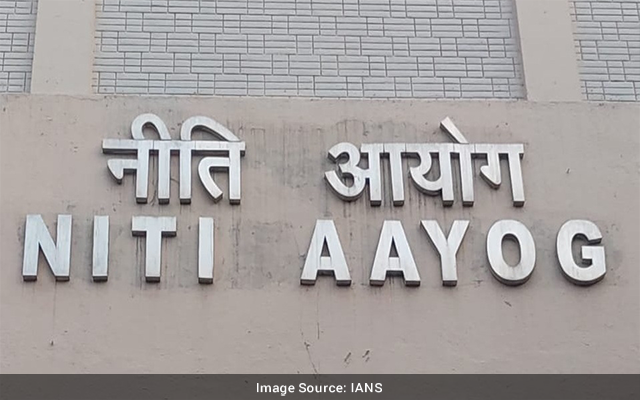 Gandhinagar: Citing NITI Aayog’s report of 2020-21, the opposition Congress in Gujarat on Tuesday March 8 questioned the state’s projection as a model state in the country. The party said the latest indices showed lowered rankings of the state on various human indices.

Naushad Solanki, legislator from Dasada constituency, was addressing the House on the Motion of Thanks to the governor’s address.

Solanki said, “Education Minister Jitu Vaghani praised the education model of Gujarat and stated that the state is number one, but let me present the true picture. In the recently declared Sustainable Development Goal 2020-21 of the NITI Aayog, the overall performance of Gujarat is at 10th place, not at number one,” he said.

“For the Decent Work and Economic Growth, the state ranked 9th place, in Reduction of Inequality the state stood at 21st place which means that the government’s tall claims are far away from the reality,” added Solanki.

The Dasada legislator further said that the NITI Aayog ranked the state on 27th position for the Responsible Consumption and Production and for the Protection of Water, Land and Forest, the state was ranked at 19th position and that is the reason why the Congress MLAs were protesting to protect the rights of tribals.

“These figures are not from the Congress party, but from the government itself. The kids moving abroad to study itself reflects the state of affairs. The BJP has pushed inclusive development to degeneration state,” said the lawmaker.