Ahmedabad:  May 18 is celebrated across the world as International Museum Day. On the occasion, the Gujarat government announced to turn the historic city of Vadnagar into a world-class heritage tourism destination.

Gujarat Chief Minister Bhupendra Patel on Wednesday inaugurated the Vadnagar International Conference at the Mahatma Mandir in Gandhinagar in collaboration with the Union Ministry of Cultural Affairs, Gujarat government’s Sports, Youth and Cultural Activities Department and the Directorate of Museums.

Patel said that Vadnagar is one of the oldest towns consisting of continuous human settlements since the 3rd and 4th centuries. The town itself is an archeological treasure, he said.

Vadnagar is known for its heritage and culture through its various monuments, works of art, and archeological and historical heritage.

The Vadnagar International Conference will be an interactive platform for the exchange of ideas, strategies, and strategic information in view of developing the town as a world heritage site.

The conference is also planned to cover a series of interesting topics curated about Vadnagar, as well as the relevance of archeological heritage in the context of global practice.

UNESCO will celebrate the 20th anniversary of the UNESCO Convention for the Protection of Intangible Cultural Heritage in 2023 in which the government of India will nominate the Gujarati Garba folk tradition.

A coffee table book on Vadnagar was released on this occasion in the presence of the dignitaries. The Vadnagar International Conference will be see the participation of experts from four different countries, 33 national experts and 200 delegates as speakers.

Union Minister of State for External Affairs and Culture, Meenakshi Lekhi, Gujarat Minister for Youth and Cultural Activities, Harsh Sanghvi, representatives from Bhutan, India, Maldives and Sri Lanka along with archaeologists, historians, students from different universities and history and archaeology enthusiasts were present on the occasion. 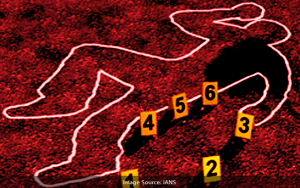