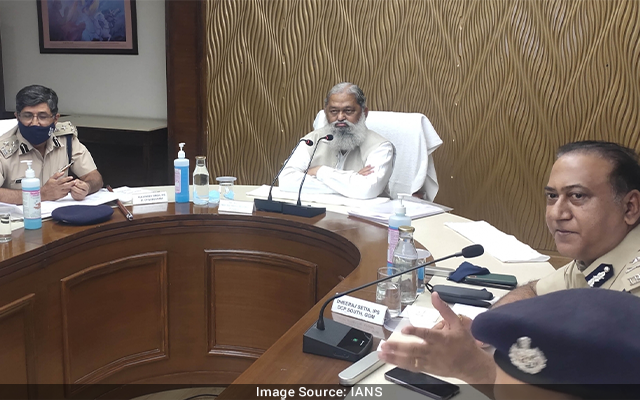 Gurugram: Haryana Home and Health Minister Anil Vij held a meeting with the senior police officials of the Gurugram police on Wednesday.

During the three-hour meeting, Vij obtained the area-wise law and order information from the concerned area Deputy Commissioner of Police (DCPs) of the Gurugram police.

The minister especially sought reports about the status of the heinous crime. Each DCP was asked how many cases of heinous crimes are pending in his area and the reasons behind them.

During the meeting, Vij directed all the DCPs that they must visit at least one police station in a week and also make an entry in the register there. Apart from this, he ordered the police officers to hold Janata Darbar in their office every day from 11 a.m. to 12 noon. He also said that a committee of Eminent Persons should be formed at every DCP level in their concern areas to get public feedback.

He directed the officials that everything should be on record and immediately register the complaint on which case can be registered and also inform the complainant about the case rejections.

Vij also took stock of the traffic system in Gurugram and said that the places with traffic jams should be identified and planned. While discussing cybercrime, he said that every district of the state should have a cyber police station.

ACP Karan Goel, who is looking after the Cyber Crime Cell in Gurugram, told the Home Minister that 54 employees are working in this cell, out of which 27 are working as investigating officers. All of them have received training in cybercrime control in Madhuban. Not only this, in more complicated cases, private experts are also hired after taking permission from the Police Commissioner.

The ACP informed that since the opening of the Cyber Police station in Gurugram around 16,500 complaints have been received so far, out of which about 12,500 have been resolved. He also informed that due to the settlement of these cybercrime incidents, an amount of Rs 1.80 crore has also been returned to the complainants.

During the meeting, Gurugram Police Commissioner K.K. Rao had also apprised the Home Minister that there are 8,221 sanctioned posts in Gurugram district, out of which 5,850 are filled and still 2,370 posts are vacant.

Vij also said that the police stations should have thein building and there should be e good arrangement for the personal. In Gurugram, orders were given to the Commissioner of Police to identify the place for construction of buildings of police stations running in rented buildings and send proposals to the government.

While sharing information about the traffic in Gurugram, DCP Traffic Ravinder Tomar said that postal challans are being sent to the violators via postal challan So far in this year, 2,587 challans sent.

Police Commissioner KK Rao also informed the minister that the work of renewing the arms license has been streamlined.

“15 days before the date of renewal, the person concerned is informed by sending an SMS. After that the message is sent again a day before and even after renewal, the applicant is being informed,” he informed the minister. 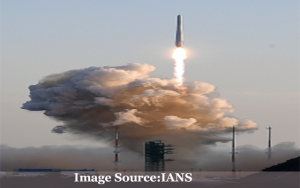