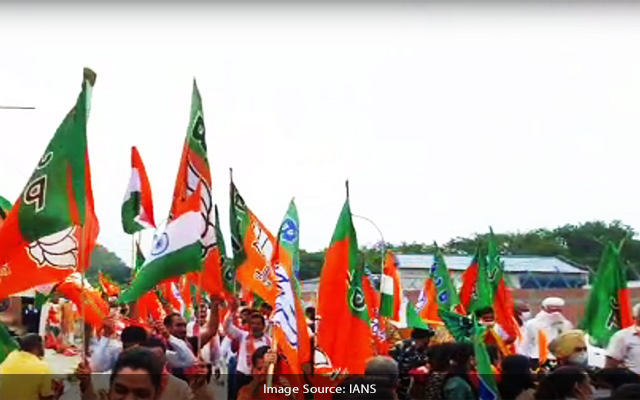 Chandigarh: In a shot in the arm of the BJP in the Municipal Corporation Chandigarh, newly elected Congress councillor Harpreet Kaur Babla and her husband Devinder Singh Babla on Sunday January 2 joined the saffron party.

Now BJP’s count of councillors rose to 13 in the 35-member house, one count less than 14 councillors of the Aam Aadmi Party (AAP) in its poll debut.

No party got a clear majority of 18 seats. The results of all 35 seats were declared on December 27 in which AAP won 14 seats, the BJP 12, the Congress eight and the Shiromani Akali Dal one seat.

In the present House, a winning candidate for the post of Mayor would require 19 votes. AAP requires additional five votes to its tally of 14, while the BJP with 12 seats, plus one its sitting MP vote and newly inducted Harpreet Kaur, too requires five and the Congress 12.

Mayor, with no administrative power, in Chandigarh has a one-year term. As the house is elected for five years, in the first year the Mayor is from general women category. The mayoral election is scheduled on January 9.

Earlier in the day, Babla was expelled by the Congress from the primary membership of the party over spat with city Congress president Subhash Chawla on Saturday at oath-taking ceremony of new councillors.

Chawla’s son too faced a defeat in the civic body polls.