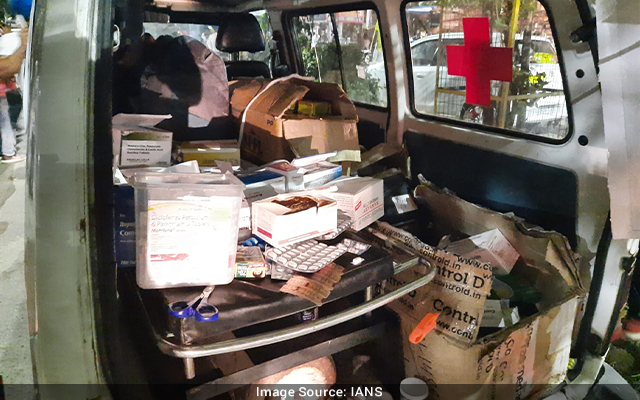 Karnal: The agitating farmers at the mini-secretariat in Karnal seem to be digging in as they have started converting their temporary camps into a ‘Pucca Morcha’ (permanent protest) after the administration refused to accept any of their demands.

Showing solidarity, several organisations have started ‘Langar Seva’ at the protest sites to help the farmers, while local residents are also contributing their bit. A makeshift dispensary with first aid services and one ambulance have also come up at the protest site.

“We have come here with a team of four doctors to take care of the farmers’ medical requirements. We are setting up four makeshift dispensaries here,” Swasima Singh from the Five Rivers Heart Asociation told IANS.

The Municipality Corparation has set up four movable toilets at the site, while eight water tankers and a total of 42 cleaners have also been deployed.

Meanwhile, more farmers are coming to the site to join the agitation. Despite the agitating farmers having to spend their night on carpets, they are happy as the union leadership has decided to continue the protest.

The protesters also include a good number of women participants, who are raising slogans against the administration.

Meanwhile, the farmers’ unions will meet at the Shahjahanpur border on September 10 to chalk out the future course of action. The meet will see the participation of farmers spanning state lines.