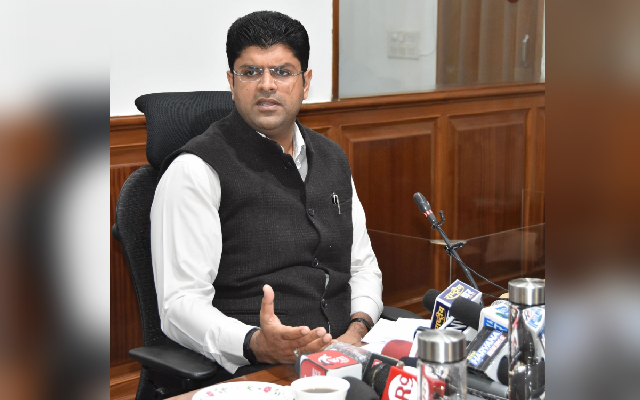 Chandigarh: Fulfilling one of the key poll promise made by Dushyant Chautala’s Jannayak Janta Party (JJP), a coalition partner of the BJP in Haryana, a law that provides 75 per cent reservation in the private sector to job seekers from the state has come into effect.

Elated over the implementation of the legislation, Deputy Chief Minister Chautala on Sunday January 16 said: “Today is a historic day for the youth as from now priority for jobs would be given to the youth of Haryana in all private sector companies, institutions, trusts, societies and industries established in the state.”

The rule regarding 75 per cent job reservation came into effect on January 15.

“With the implementation of this system, new avenues for employment will open for lakhs of youth in the private sector,” an official statement quoting Chautala said.

In this regard, a dedicated portal has also been created by the Labour Department along with a helpline number. Companies will now have to reflect their vacancy on the portal which will be continuously monitored by the government.

The law will be applicable for 10 years. The state government also relaxed the residency requirement from 15 to five years for a person to get a bona fide resident certificate in the state to provide some flexibility to the private companies in hiring.