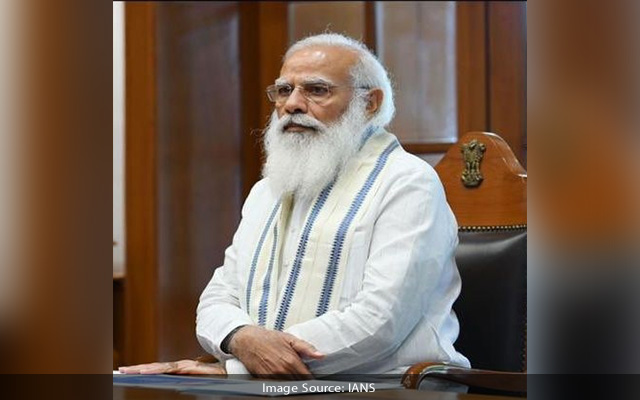 New Delhi: Prime Minister Narendra Modi on Monday paid homage to all those who lost their lives in Kargil protecting our nation on Kargil Vijay Diwas.

India celebrates Kargil Vijay Diwas on July 26 every year to mark the anniversary of the Indian Army’s victory against Pakistan in 1999. The armed conflict continued for more than 60 days at Kargil in Ladakh.

He also said, “Today, on Kargil Vijay Diwas we pay homage to all those who lost their lives in Kargil protecting our nation. Their bravery motivates us every single day. Also sharing an excerpt from last year’s ‘Mann Ki Baat’.”

On Sunday, Prime Minister Narendra Modi in his Mann Ki Baat radio programme urged people to salute the brave hearts who made the nation proud in 1999.

“It is but natural to get emotional in honour of the one who bears the Tricolour of the country. This feeling of patriotism unites all of us. Tomorrow, that is the 26th of July is Kargil Vijay Diwas as well,” he said.

He further stated the Kargil war is a symbol of the bravery and patience on part of India’s Armed Forces which the whole world has watched.

“This time this pride filled day will be celebrated amid Amrit Mahotsav. That is why this day becomes all the more special. I wish you read the enthralling saga of Kargil… let us all bow to the bravehearts of Kargil,” the Prime Minister stated.