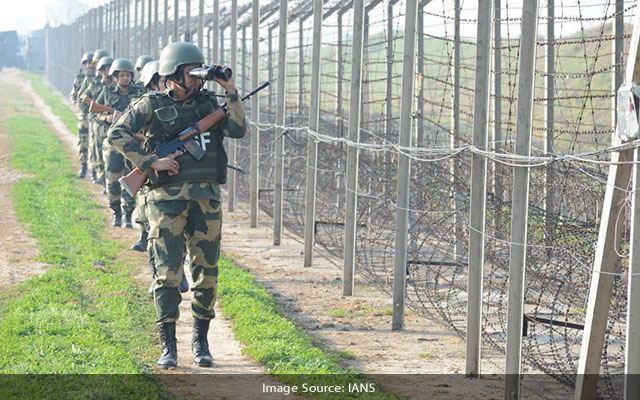 Jammu: One Pakistani intruder who had inadvertently crossed the international border into Samba sector of Jammu was handed to the Pakistan Rangers through a flag meeting, the BSF said on Saturday January 15.

“Pakistani national handed over to Pakistan Rangers at 6.45 p.m. on proper receipt through flag meeting,” the BSF said.

Earlier on Saturday afternoon, one Pakistani national crossed over inadvertently to India on Balhad border.

He came about 200 metres inside India when alert BSF troops apprehended him.

On preliminary questioning it is found that he crossed inadvertently.

BSF said he belonged to border area of Shakargarh tehsil of Pakistan.

On January 5, a Sector Commander level meeting was held between the BSF and the Pakistan Rangers on International Border in Suchetgarh area in which the main emphasis was given by BSF delegation on the infiltration attempts of Pakistan based anti-national elements and recovery of arms and ammunition and narcotics on international border and other issues related to border management.