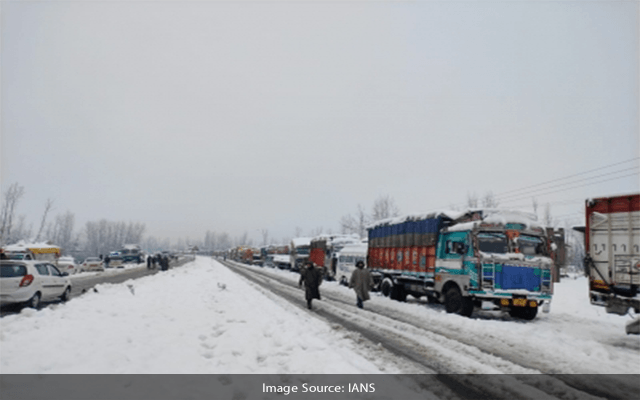 Srinagar: Strategic Srinagar-Leh national highway was reopened for traffic on Saturday March 19 in a record period of 73 days thereby connecting the Ladakh region with the rest of the country through surface transport.

The closure of this highway would, under normal circumstances keep the Ladakh region road blocked for nearly 6 months.

Project Beacon of the border roads organisation (BRO) cleared the highway in a record time this year. The surface link is important because it serves as the lifeline of supplies for the Ladakh region in addition to maintaining regular supplies to the deployed army on the borders in the region.

“We have managed to declare the road open today in a record time of just 73 days on trial basis. This road would otherwise remain shut for five to six months which would create lot of issues at strategical and economic level concerning the Ladakh region”, he told reporters.

He said now that the road is open, it will help transport defence equipment, weapons, other logistics to the troops deployed in Ladakh.

“Fresh defence supplies including oil, fruit, vegetables etc would reach the troops in time now. Opening of the road will also help transport vegetables, fruit and other items to Ladakh region and give fillip to its economic activities, which otherwise would remain choked for months together due to road closure.

“Late transport of supplies would cost the government exchequer Rs 400 to 500 crore which we have been able to save this year due to early opening of the road”, DG Beacon said.