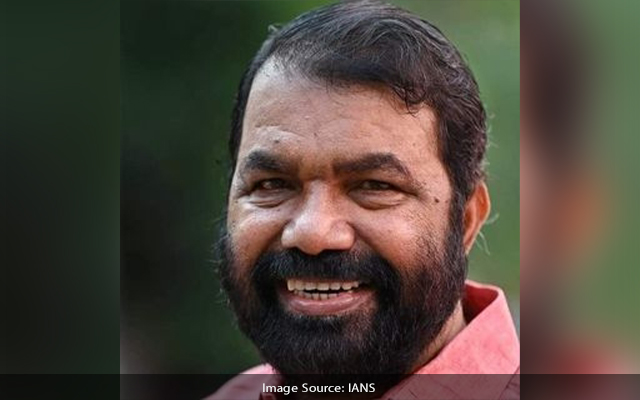 Thiruvananthapuram: In what is seen as a departure from the past, the Congress led opposition in Kerala on Monday August 2 staged a disciplined protest on the floor of the assembly demanding the resignation of State Education Minister V. Sivankutty.

On Thursday and Friday the opposition had protested by boycotting the day’s proceedings, but on Monday during Question Hour the moment Sivankutty got up to answer questions, the entire opposition members stood up in their seats and started shouting slogans against Sivankutty.

In between the sloganeering, out came the banners which read that Sivankutty has to resign.

Soon came the Speaker M.B. Rajesh’s announcement that displaying banners in the House is against the rule and the opposition heeded to that but continued the sloganeering and it ended only after Sivankutty sat after providing the answers.

Incidentally what must be noted is during the present session, the opposition by and large even while expressing their dissent on various issues, is yet to step into the well of the house, which in the previous assemblies was a normal expression of protest.

Sivankutty along with another legislator — K.T. Jaleel, a former Minister, and four other former legislators will have to face trial after the Supreme Court on Wednesday dismissed the Kerala government’s plea to withdraw cases against the CPI-M leaders for vandalism in the state Assembly in 2015.

The vandalism took place on March 13, 2015 when erstwhile State Finance Minister K.M. Mani was presenting the state Budget for the new fiscal.

The then CPI-M-led opposition had taken a strong stand that Mani, who was accused of taking a bribe of Rs one crore from a bar owner for reopening closed bars, would not be allowed to present the Budget.

When Mani began his speech, the Left legislators went berserk, throwing out the Speaker’s chair from the dais and also damaging the electronic equipment on his table.

The list of the other accused included former State Minister E.P. Jayarajan K. Kunju Ahamed, C.K. Sadasivan and K. Ajith, who are no longer legislators, while K.T. Jaleel, the former Higher Education Minister is a legislator now.

Since 2020, the late K.M. Mani’s party — Kerala Congress (M), now led by his son Jose K. Mani moved out from the Congress-led UDF and is presently the third biggest ally of the Vijayan government and has been given a cabinet berth.