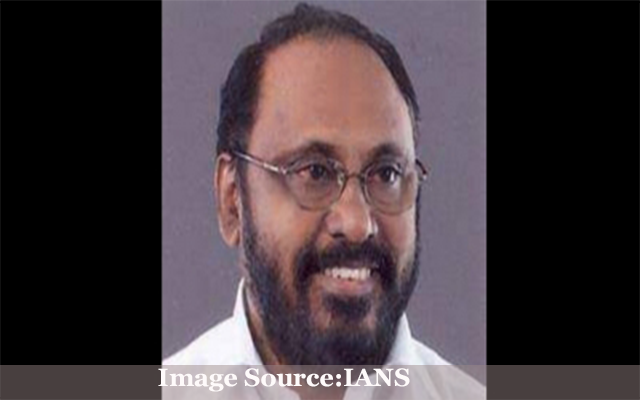 Thiruvananthapuram: A recent Facebook post of Cherian Phillip taking potshots at Kerala Chief Minister Pinarayi Vijayan clearly indicates that his hobnobbing with the CPI-M for all practical purposes has come to a close, exactly two decades after he dumped the Congress and became a fellow traveller of the ‘red party’.

The 67-year-old Phillip, a bachelor, was once one of the closest aides of A.K. Antony and can be credited with building his brand image, at a time when there were no public relation companies.

Phillip, who quit the Congress in 2001, was one of the highly respected Congressman. Besides being a party functionary, he was also the party ideologue.

In 2001, he revolted against the party on being denied a ticket by Oommen Chandy who ran the affairs of the Antony faction and he left the Congress, only to be fielded by the CPI-M against Chandy in the 2001 Assembly polls.

After Phillip lost, he became a strong fellow traveller of the Left and emerged as the face of the CPI-M backed Kairali TV channel.

He was again given a ticket by the party to contest in the 2006 polls, but failed to win.

His closeness with Vijayan fetched him the coveted post of the Kerala Tourism Development Corporation chairman in 2006 and in 2011, he was pitted against K. Muraleedharan in the upcountry Vatiyoorkavu constituency in the state capital but he lost.

After Vijayan assumed the chief minister’s office in 2016, Phillip was given a cabinet status post in one of his pet projects.

Phillip continued to enjoy the confidence of Vijayan and was hoping that he will come to his aid amid speculations that he will be nominated for Rajya Sabha. But for the first time, the Chief Minister failed him as he backed his closest aides John Brittas who headed the Kairali TV and V. Sivadasan who was looking after the social media operations of the party from the state party headquarters.

After missing the nomination to the Upper House, a disappointed Phillip started to distance himself from Vijayan.

Even though there were speculations about him returning to the Congress, nothing happened and he was kept away from the media attention.

Incidentally, Vijayan after registering a resounding victory in the April 6 Assembly polls and assuming the office for the second time in a row, offered Phillip the post of Vice Chairman of the Kerala Khadi Board, which he turned down saying he was busy penning a book.

But when Kerala was hit with massive rains and threatening floods, Phillip shared a Facebook post in which he said, “those in power singing elegies and shedding tears at rehabilitation camps after not doing enough to provide solace the problems of the hapless after calamity struck, are definitely betraying the trust of the people”.

He went on to ask about the Netherlands model of tackling flooding, which Vijayan, after returning from the country, had said would be implemented in Kerala which has been facing floods since 2018.

And all who knows Vijayan, has for sure concluded that Phillip’s hobnobbing with the CPI-M is for certain has ended, as Vijayan is not one who will take this.