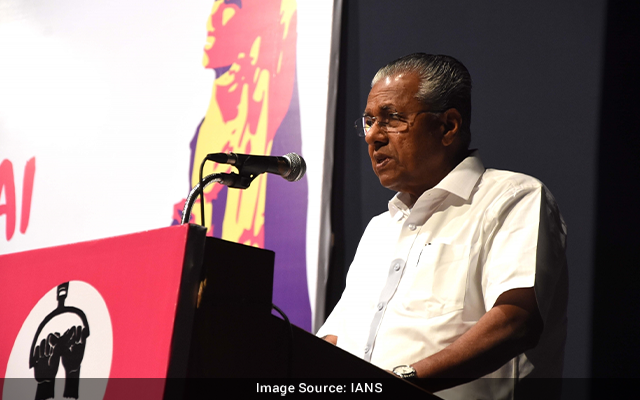 Thiruvananthapuram: Almost two weeks after the now controversial statement made by a Catholic bishop on “love and narcotic jihad” in Kerala, and the varied reactions to it, the Congress on Wednesday September 22 slammed Chief Minister Pinarayi Vijayan for “playing hide and seek” and demanded things are brought under control by calling an all-party meeting to discuss the issue.

Pala Archdiocese’s Bishop Mar Joseph Kallarangat, speaking at a function at Marth Mariam Pilgrim Church at Kuruvilangad in Kottayam district on September 9, alleged that non-Muslims in Kerala are subjected to “love and narcotic jihad”, which is the spoiling lives, particularly of young people, by making them addicted to drugs.

Addressing the media here, Leader of Opposition V.D. Satheesan alleged that while the Sangh Parivar forces are waiting for differences between two minority communities to worsen, Vijayan and his CPI-M wants the present discontentment to continue.

“We all heard the statement of state Cooperation Minister V.N. Vasavan saying soon after his meeting with the bishop, that the issue is a closed chapter and with that being the case, Vijayan appears to have reopened the issue…. its here we want Vijayan and the CPI-M to come clean on this issue. He should call a meeting of religious leaders to easily settle the issue… we want to ask what has Vijayan done in this issue,” he said

“It has been so many days and Vijayan is silent. We have made our stand very clear and it is that we will not do anything to disturb the secular credentials of our state and we will never make political capital out of it, while Vijayan is trying his best to make political gains and all what he does is to make statements. Instead of statements, he should ensure things are sorted out amicably. We, the opposition, have created a very good atmosphere for talks and the government if it wished can use that platform. The need of the hour is both the media and political parties have to handle this issue with caution,” he added.

Satheesan also came down heavily on Vijayan for lack of action even after “social media is flush with a baseless campaign to destroy peace”.

“Not a single person has been arrested for this violation… what is the use of Cyber Police then. Vijayan is yet to reply to our letter on this aspect,” he said.