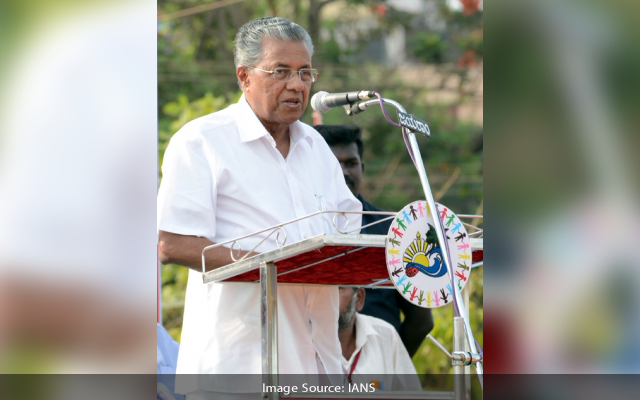 Thiruvananthapuram: Ahead of the CPI-M Party Congress to be held at Kannur in April where the party’s national policies and outlook will be decided for the next three years, a major re-shuffle in its Kerala unit is on the anvil.

Sources in the CPI-M reveal that two Rajya Sabha seats will be vacant and if needed, an election will be held on March 31.

Chief Minister Pinarayi Vijayan’s office is also witnessing major changes. His political secretary Puthelethu Dineshan has been promoted and is now among the powerful 17 member CPI-M secretariat. The secretary post would be filled by party veteran P.Sasi, who was very powerful when he occupied the same post in the E.K.Nayanar government in 1996 to 2001.

In the coming days, names of two persons who will be making it to the Upper House will be out. Names that are currently doing the rounds include former Rajya Sabha member and present Left Democratic Front convenor A.Vijayaraghavan.

He is the husband of State Higher Education Minister R.Bindhu and there are murmurs over husband and wife getting key posts, but with Vijayaraghavan being in the good books of Vijayan, he could get another lift and inducted into the politburo of the party and if so, his place of work will be Delhi and hence he might get the nod for the Upper House.

Another probable name is that of two time state former Finance Minister Thomas Isaac, but since he does not share a very good rapport with Vijayan, things might not work in his favour.

See also  With Dalit CM in Punjab, Congress aims at UP and Uttarakhand

Yet another person whose name doing the rounds is all India president of the Democratic Youth Federation of India (youth wing of the CPI-M) A.A.Rahim.

In case Vijayaraghavan makes a move, then the post of the Convenor will go to two time former State Minister A.K.Balan.

Also in the offing is an accommodation for another two time former State Minister G. Sudhakaran, who is being considered to head the party organ and other party publications.

A media critic on condition of anonymity said with Vijayan being the all supreme leader of the party, the final decision would be his.