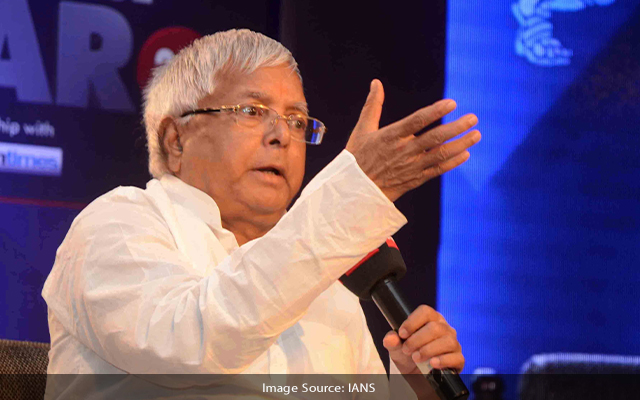 “We did a world record with the pulse polio vaccination programme during the Janata Dal government in 1996-97. I was the national president of Janata Dal. We did 11.74 crore vaccinations of pulse polio till December 7, 1996 and 12.73 crore by January 18, 1997 despite lack of awareness and misconceptions among common people of the country at that time,” Lalu said in a tweet.

“At present, awareness among common people is higher compared to that time. Besides, the methodology and infrastructure of publicity is also improved. Despite that the central government is proceeding with the Corona vaccination programme at the speed of a tortoise,” Lalu said.

“We took the pulse polio campaign as a challenge and reached at every doorstep in a bid to make our new generation healthy and fit. We did not charge a single penny from common people. It is extremely unfortunate that the present so-called Vishwa Guru Narendra Modi government is charging for vaccination of Corona from common people and still unable to provide it at the time of crisis,” Lalu said.

“I want to request the Prime Minister to initiate free vaccination of Corona to every countryman. It is the responsibility to conduct the vaccination programme in a time-bound manner,” RJD chief said.

Even as Lalu was attacking the PM, his younger son and leader of opposition Tejashwi Yadav took the attack to Bihar CM Nitish Kumar.

“The Nitish Kumar government has been deliberately playing games with people of Bihar for the last 3 days. The health department is reducing 1000 cases per day. I want to challenge the state government to present actual application forms in public domain. I am sure that positive cases would appear more than double. The state government deliberately presents less number of positive cases in the public domain,” alleged Tejashwi.