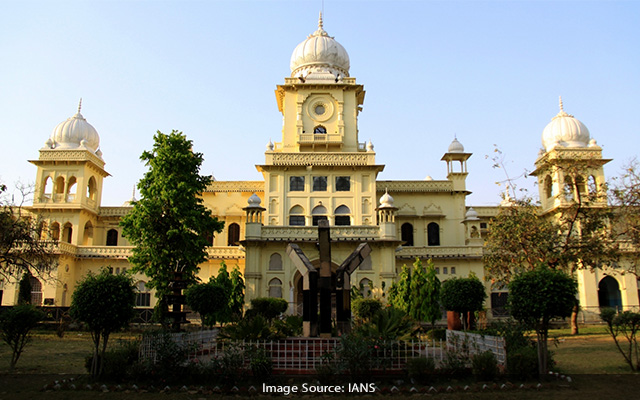 Lucknow: The student of University of Lucknow who had uploaded pornographic content on the Ancient Indian History and Archaeology department’s WhatsApp group has been arrested.

The student called himself ‘criminal’ in the SIM used for bombing obscenities in the WhatsApp group, which was formed to share presentations.

During interrogation, he attributed his act to a growing frustration over his classmates’ unfriendly attitude.

Aditya was tracked down through cyber surveillance and phone details shared by women students, who earlier received similar messages in the department group.

Aditya Singh has been booked for criminal intimidation, assault, use of criminal force against a woman and under the IT Act.

On July 17, students and teachers were left aghast after pornographic images were uploaded on the WhatsApp group of Ancient Indian History and Archaeology (AIHA) department.

The accused had also written lewd messages to some girl students and even a faculty member.

AIHA students had requested the faculty to take action, but when nothing happened, 40 per cent of the students left the group in protest.

Later a student, Abhinav Kumar Srivastava, took to Twitter to lodge a complaint with university officials after which department head, Prof Piyush Bhargava, lodged a complaint with the Proctor’s Office and an FIR was lodged at Hasanganj police station.

Five days later, the accused again posted eight obscene images and targeted a student, Abhinav, who complained about the incident.

Chief Proctor Prof Dinesh Kumar said, “We have been informed of the arrest of the accused. We have called a meeting of the proctorial board to take disciplinary action against him.”