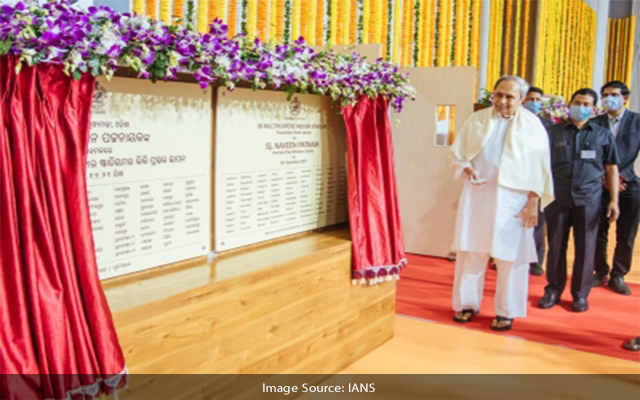 Patnaik launched these projects while visiting the Kalinga Stadium here.

The Chief Minister inaugurated the Biju Patnaik weightlifting hall and a new sports hostel at the Kalinga Stadium, one swimming pool each in Angul and Baripada, and an indoor stadium in Rourkela.

For the multi-purpose indoor stadia, land for all 89 locations has been identified. Tender process has been initiated for 87 locations and the work is expected to start shortly in about 50 locations where the tender has been finalised.

It is expected that all the indoor stadia will start functioning in 2022-23, the Chief Minister’s Office (CMO) said in a statement.

These multipurpose indoor stadia will have facilities for badminton, table tennis, weightlifting, and can be used as shelters and hospitals during disaster and pandemic like situations. All these projects will give an added boost to the ever-evolving sports ecosystem of the state, said the CMO.

Currently, Odisha has promising young lifters who are poised to become strong medal contenders in near future, and having a weightlifting hall led by a team of experts and professionals with access to sports science facilities will go a long way to amp up their performance.

The new sports hostels and its allied facilities and amenities, within the Kalinga Stadium premises, will give a feel of a home away from home for the athletes, while they stay focussed on their goal to achieve sporting excellence, officials said.

The semi Olympic swimming pools in Angul and Baripada, led by professional instructors and lifeguards, will run grassroots programmes and will be of benefit to the local talent and the community at large.

The inaugurated Indoor Stadium is an added milestone for the Rourkela city and will be a hub for shuttlers of that region.

During the visit, the Chief Minister reviewed the progress of the major sports infrastructure projects ongoing within the stadium premises, particularly the indoor aquatic centre, which once complete, will be an iconic facility for swimmers.

In addition, the indoor athletics stadium will be the first such facility in India. These projects are on track and scheduled to be completed in a year, officials said.

Patnaik expressed his satisfaction on the progress of ongoing construction and said, “These are landmark sports infrastructure which will make Kalinga Stadium as the leading destination in various sports.”