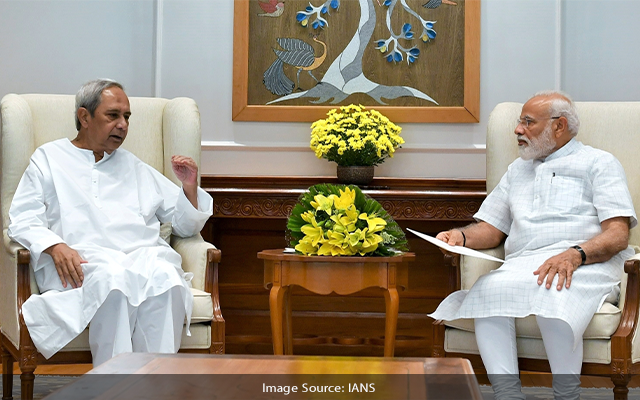 Bhubaneswar: Prime Minister Narendra Modi, Odisha Chief Minister Naveen Patnaik and other senior leaders of the country on Saturday September 11 extended their greetings to the people of the State on the occasion of Nuakhai festival.

Nuakhai, an agricultural festival, is usually celebrated one day after the Ganesh Chaturthi in Western Odisha.

In a tweet, the Prime Minister said, “Nuakhai Juhar! Greetings to everyone on this auspicious occasion. On Nuakhai we laud the outstanding efforts of our industrious farmers and their role in nation building. I pray for everyone’s good health and well-being.”

In a video message, Patnaik said that Nuakhai is not only a festival but an identity of the state’s art, culture and tradition.

“I pray to Maa Samaleswari that you all have a happy and prosperous life,” he said.

Also extending his greetings, Assam Chief Minister Himanta Biswa Sarma said, “My deepest gratitude to our farmer friends whose hard work has ensured food security to the nation. May this auspicious occasion bring about prosperity and good health to everyone.”

Similarly, BJP President J.P. Nadda wished the people of Odisha, saying: “I extend my warm wishes on the auspicious occasion of Nuakhai Juhar! The ancient festival marks the worship of food grains and celebrate our farmer’s hardwork. May this festival brings good health, happiness, peace and prosperity.”

Meanwhile, Special Relief Commissioner (SRC) P.K. Jena has appealed to the people to celebrate the festival while strictly adhering to the Covid-19 norms and must avoid gatherings.

He requested people not to overcrowd temples during the festive period.