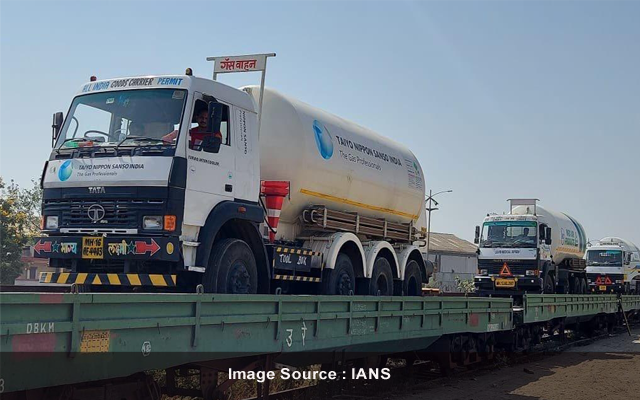 New Delhi: The Indian Railways on Friday said that the Oxygen Expresses have delivered more than 24,840 MT of Liquid Medical Oxygen (LMO) to the several states, including more than 10,000 MT to the southern states.

A Railway Ministry official said that 359 Oxygen Expresses have completed their journey so far since April 24.

He said that so far, railways has delivered more than 24,840 MT LMO in more than 1,463 tankers to various states across the country, while six loaded Oxygen Expresses are currently on run with more than 587 MT of LMO in 30 tankers.

The official also said that fifth Oxygen Express to Assam is currently on run from Jharkhand with 80 MT LMO in four tankers.

The Oxygen Expresses started their deliveries 41 days back on April 24 in Maharashtra with a load of 126 MT.