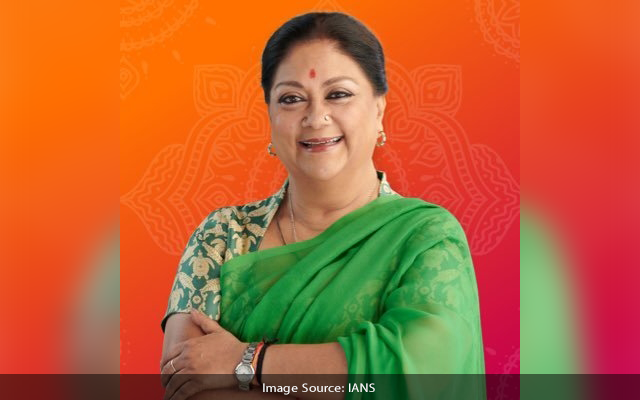 Raje’s meeting with Modi took place separately at the Prime Minister’s Office located in Parliament House. Before this, Raje met several senior BJP leaders on Wednesday at the swearing in ceremony of Pushkar Singh Dhami in Dehradun.

After meeting with the Prime Minister, Raje also had a long discussion with Union Finance Minister Nirmala Sitharaman and other top BJP leaders.

The former Chief Minister will also attend the swearing-in ceremony of Uttar Pradesh Chief Minister Yogi Adityanath to be held in Lucknow on Friday. She has been made a state guest by the UP Government. She will return to Delhi the same day.

Meanwhile, Vasundhara who is now back to attending BJP events has triggered speculations in the state as in the last many months, was seen missing from national events, but was quite active in Rajasthan politics. She took out religious yatras on her birthday, went meeting people around and an her individual unit Team 2023 has also been quite active endorsing her as future CM.

However, she was not seen campaigning in any of the five states which went to polls and also was missing during state by-poll campaigns.

Sources said Raje is asserting herself as a national leader, but the BJP leadership is keen on promoting young leadership. Dhami, Yogi and Jairam Thakur — all are young leaders. The same criterion can be applied to Rajasthan also, sources added.

Rajasthan will face assembly polls at the end of next year.