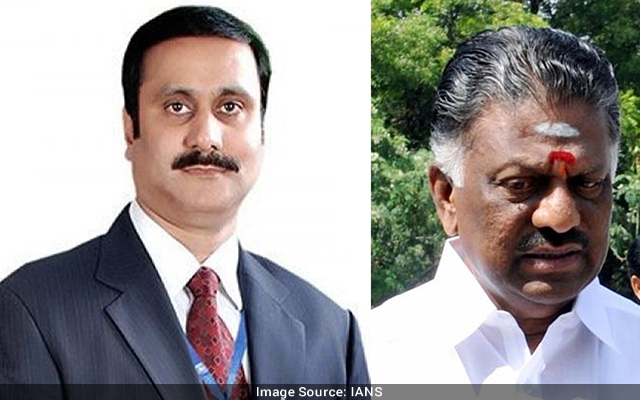 Chennai: The opposition AIADMK and the BJP are reaching out to the Pattali Makkal Katchi (PMK) to remain in the NDA fold after the latter announced to go solo in the rural local body polls.

The PMK on Tuesday announced that it would contest the ensuing rural local body elections, to be held on October 6 and October 9, alone.

The PMK is the political arm of the powerful Vanniyar community and the previous AIADMK government had ordered 10.5 per cent reservation for the community from within the Most Backward Caste (MBC) fold, a long pending demand of the PMK and its founder leader, Dr S. Ramadoss.

However, after the DMK government came to power, it announced a Government Order for the 10.5 per cent reservation for the Vanniyar community as well as a memorial for the 21 Vanniyars who were shot dead by the police during the regime of AIADMK leader M.G. Ramachandran on September 17, 1987.

Political observers are of the opinion that the DMK was trying to woo the Vanniyar community to get a stronghold in North Tamil Nadu where the community is strong. The announcement by the state president of the party and also an MLA G.K. Mani that the PMK would contest the rural local body polls alone was a shocker for the AIADMK-BJP combine. and hence the firefighting operation began quickly.

Sources in the BJP told IANS that senior leaders of the party in New Delhi have already communicated to the PMK youth wing leader Dr. Anbumani Ramadoss, who was a minister in the Atal Behari Vajpayee Government, to stay back in the NDA fold in Tamil Nadu.

The AIADMK leaders, O. Panneerselvam and K. Palaniswami have also communicated to the PMK leadership including Dr. S. Ramadoss regarding the continuation of the alliance.

Meanwhile, the statement issued by the PMK spokesperson, S. Balu noted that the PMK was still with the NDA and that it had announced contesting the rural local body polls on its own was due to the lack of time to enter into coalition discussions as the polls would be held in three weeks from now.

Manonmani G. Professor of Political Science at a private college in Chennai and a close observer of Tamil Nadu politics while speaking to IANS said, “PMK was testing the waters and the party now wants Anbumani Ramadoss to get a ministerial berth at the Centre and the announcement that they would contest the polls alone has brought both the AIADMK and the BJP at their feet. The statement of the party spokesman that the PMK has not severed its ties and that it was only for the rural local body polls that the party was contesting alone could be read along with this.”