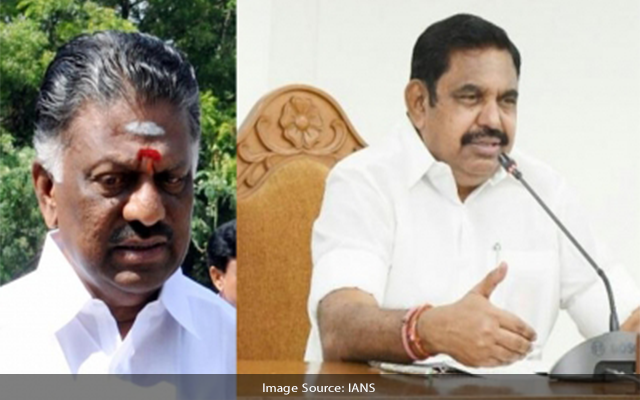 Chennai: The opposition AIADMK is gearing up for the urban body elections and has elected former Chief Ministers O. Panneerselvam and Edappadi K. Palaniswami as the Coordinator and Co-Coordinator respectively.

According to political observers, the decision would help the party function in a more coordinated manner.

Organising secretary of the AIADMK, D. Jayakumar, who was also a former Minister in Tamil Nadu government, while speaking to IANS said: “There were several people who had predicted that AIADMK will dissolve and disintegrate after the demise of Amma (J. Jayalalithaa). The party will flourish under the leadership of OPS and EPS and we will come back to power in a united manner.”

AIADMK has lost the 2019 general elections as well as the 2021 assembly elections and in the recent rural local body polls for nine districts also party has to bite the dust. More than this, the performance of the DMK government is good and the AIADMK will have to sweat it out to win the electoral battle for the Urban local body polls scheduled to be held in late January or early February.

Party is facing problems over the moves of former interim general secretary of the party, V.K. Sasikala who was expelled from the AIADMK. However, the unified selection of OPS and EPS has put to rest the emergence of group war in the party as well as OPS camp trying to align with Sasikala.

R. Padmanabhan, Director, Socio-Economic Development Foundation, a think tank based out of Madurai while speaking to IANS said: “Sasikala has got a beating by this political move of the AIADMK. The dual leadership is a new phenomenon and if it continues the group war will come down in the party and if both OPS and EPS properly work, they can bring AIADMK back on track.”

The Urban local body polls were scheduled to take place in December end but due to rains the DMK government wanted the election to be postponed to February first week.