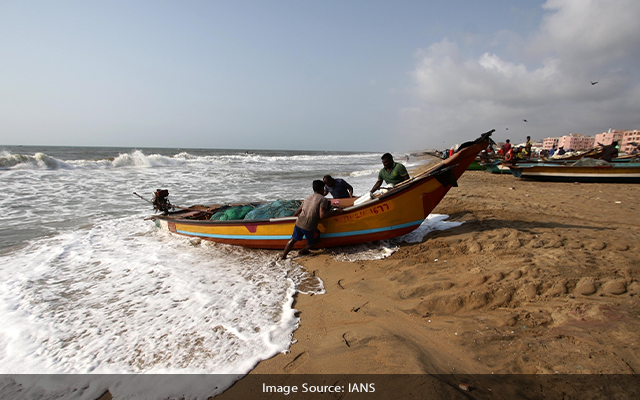 Chennai: Fishermen from Ramanathapuram in Tamil Nadu have threatened to relinquish all documents relating to Indian citizenship by February 2 if the union government fails to bring back the fishermen who are languishing in Sri Lankan jails for crossing International Marine Boundary Line (IMBL).

The fishermen also demanded the Central government to stop the Sri Lankan fisheries department from auctioning the fishing boats of Tamil Nadu fishermen that were seized by the Lankan Navy between 2015 and 2018.

A meeting held by All Mechanised Boats Fishermen associations on Monday condemned the move of the Sri Lankan authorities to auction the fishing boats of Indian fishermen seized by the Lankans for crossing the IMBL.

P. Sesuraja, secretary of the organization told IANS, “We will have to take extreme steps like relinquishing our Indian citizenship as we have been driven to the wall, not one, two or three times but many times. Our brethren are languishing in Sri Lankan jails and we want the Government of India to immediately bring them back. The fishing boats that are our livelihood are also being auctioned by the Sri Lankan authorities. The Government of India must intervene and prevent this also.”