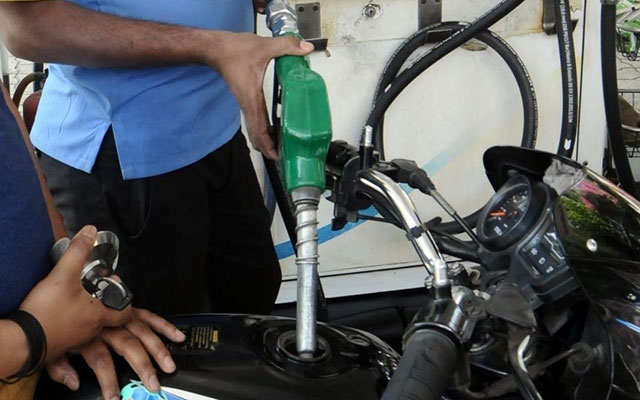 Chennai: Even as Prime Minister Narendra Modi on Wednesday April 27 urged the states to reduce the Value Added Tax (VAT) on fuel “in the spirit of cooperative federalism”, the Tamil Nadu government had rejected the rate cut demand last November itself.

Pointing out the Centre’s decision to reduce the excise duty on petrol and diesel last November, Modi said some states reduced the taxes while many others did not.

The opposition parties in Tamil Nadu have been demanding the DMK government to fulfil its poll promise of reducing the petrol price by Rs 5/litre and that of diesel by Rs 4/litre.

While in opposition, the DMK and its allies had strongly protested against the Central government for fuel price hikes.

On his part, Tamil Nadu Finance Minister Palanivel Thiaga Rajan has categorically ruled out reduction in state taxes on the two fuels until the Union government rolls back its taxes to 2014 levels.

Rajan said reduction in tax rates would reduce the state’s revenue by about Rs 1,050 crore.

He also recalled the reduction of Rs 3/litre of petrol on August 13, 2021 by Tamil Nadu government resulted in a revenue loss of Rs 1,160 crore per annum.

According to Rajan, with the Central government’s high taxes, it is neither fair or feasible for the state government to further reduce its taxes.

“I reiterate that the sole, simple, and fair approach to improve the situation for all, is for the Union government to reduce the levy of taxes on petrol and diesel to the rates prevailing in 2014. Such a move will automatically reduce states’ taxation (as almost all States follow ad-valorem taxation),” he said.

The Union government has repeatedly continuously increased the levy of tax on petrol and diesel over the last seven years.

On bringing petrol and diesel under the Goods and Services Tax (GST) regime, Rajan had earlier said it can be done provided the Central government scraps the cess and surcharge levied on them.

On the other hand, AIADMK’s late Chief Minister J.Jayalalithaa was a strong advocate for the Central government changing the fuel pricing formula.

Jayalalithaa argued that the fuel rates should be determined based on import costs and refining charges and rates of domestic crude oil and the refining charges for the same instead of basing it on trade parity Price.

“While both – the Central and the state governments – say that they get the revenue for investments in infrastructure, the PPAC figures show that the Central government has further leeway to reduce the rates,” an industry official not wanting to be quoted told IANS.

However, the petroleum dealers complain that their investments have gone up owing to the rate hikes while there is no commensurable increase in their margins.

“Our margins have not gone up. The dealers are not getting a proper return on their investment,” Tamil Nadu Petroleum Dealers Association President K.P. Murali told IANS.