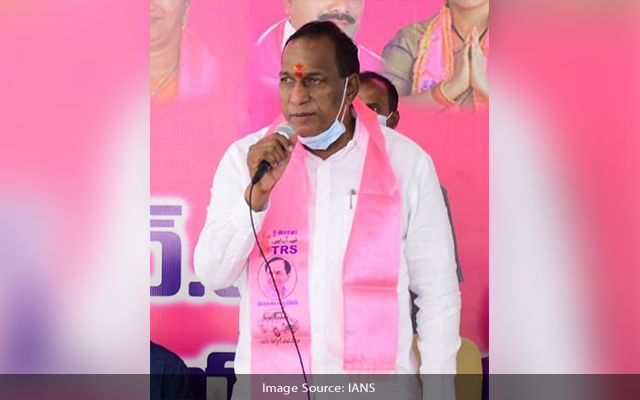 Hyderabad: A Telangana Minister on Tuesday September 14 said the guilty person in the rape and murder of a six-year-old girl in Hyderabad “will be killed in an encounter”.

“We will definitely arrest him and will do the encounter,” Malla Reddy told reporters on the sidelines of an event in Hyderabad.

Asked to react on criticism by opposition leaders for not calling on the family of the victim, the Minister said they would definitely meet the family members and pay them compensation.

The talk of encounter gave new twist to the case amid the ambiguity over the whereabouts of the accused.

Initially, the Police sources had claimed that the accused was arrested from his native village in Yadadri Bhuvanagiri district.

However, a senior official clarified that the accused is still at large.

Fifteen special police teams of the commissioner’ task force are said to be on the lookout for the fugitive.

Police have succeeded in securing a CCTV footage from Falaknuma that shows the accused wearing a cap and face mask, while moving along with another person.

The child was sexually assaulted and murdered on September 9 by the 27-year-old accused who happens to be her neighbour in Saidabad.

The body of the girl, who was missing since 5 pm. Thursday, was found in the house of her neighbour after midnight.

Autopsy done at the government-run Osmania Hospital revealed that the child was sexually assaulted and strangulated to death.

The horrific incident had triggered angry protest from residents on Friday. They staged sit-in for seven hours on Champapet-Sagar Road, demanding immediate and harshest punishment to the guilty. Some of the protestors also demanded that the guilty be killed in an encounter.