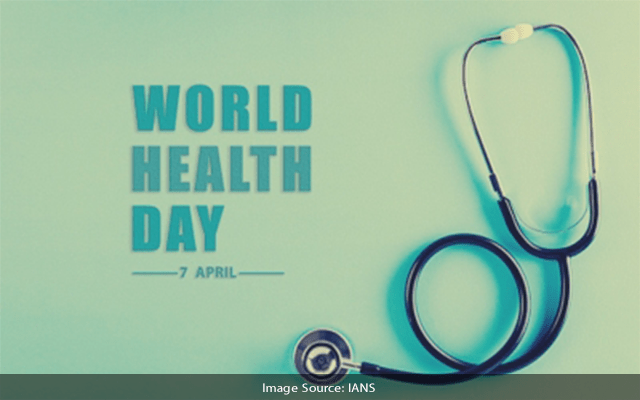 Hyderabad: On the eve of World Health Day, healthcare providers have urged the governments at the Centre and in states to invest heavily into building a cleaner and greener India.

They say only by ensuring that people breathe better-quality air and by living in tidier surroundings, a happy and healthy nation can be built for the future generations.

The World Healthy Day is celebrated on April 7 every year to commemorate the founding of the World Health Organisation (WHO) in 1948. The theme of this year’s Health Day is “Our Planet, Our Health”.

It is estimated that each year nearly seven million people succumb to ailments arising due to air pollution, and the percentage of affected people is high in underdeveloped and developing nations.

According to WHO, humans around the world breathe air that contains higher than permissible levels of pollutants.

D.V.S Soma Raju, Executive Director, SLG Hospital, is of the view that over the years, a significant improvement in healthcare services and economic progress in the societies led to delivery of better healthcare to people across the world. “However, it is important that every concerned citizen, along with the governments, must work towards addressing the risks associated with air pollution, contaminated water, inadequate sanitation including solid waste management,” he said.

“The phase when the world was under strict lockdown showed the healing power nature has, which reclaimed itself over mankind. And it is time we do not damage the mother earth with a unilateral focus on economic development,” he added.

According to Dr. Bollineni Abhinay, CEO, KIMS Hospitals, global warming and increasing air pollution is causing a catastrophic effect on mankind. He wants both the government and private sectors to move forward to build a green economy. “Usage of fossil fuels should come down, solar and wind energy should be encouraged to curtail carbon emissions. Air pollution is causing cardiovascular diseases and pulmonary issues like chronic bronchitis. Public and government should concentrate more on these environmental issues. Even though there are many health facilities around every city, we can see increasing rush everywhere. Only awareness can address these issues”.

“It is estimated that nearly 4.2 million deaths each year are linked to air pollution which could be due to the smog hanging over the cities or due to smoke inside homes. The effects of outdoor and household air pollution cause millions of premature deaths every year, largely because of increased mortality from stroke, heart disease, chronic obstructive pulmonary disease, lung cancer and acute respiratory infections. As healthcare providers and professionals, we would like to see a society which makes well-meaning investments into building a better tomorrow,” observed Dr Satwinder Singh Sabharwal, COO, Aware Gleneagles Global Hospital.

Dr Hemanth Kaukuntla, Vice Chairman, Century Hospital, believes that the government must focus on building an India which has human well-being, equity, and ecological sustainability as its goals. “These goals can be translated into making long-term investments into social protection and legal and fiscal strategies. Breaking cycles of destruction for the planet and human health requires legislative action, corporate reforms, and individuals to be supported and incentivised to make healthy choices.”

“Rising temperatures around the World harm our health a great deal. Climate change makes floods more dangerous and wildfires more frequent. Floods can cause severe shortage of drinking water and result in poisoning. Exposure to severe heat conditions leads to constant headaches and ailments. These are just a few of the many reasons for the world in general and India specifically to wake up and invest into building a cleaner and greener future for our betterment,” said Dr Vaibhav Agrawal, Consultant Physician, Wockhardt Hospitals Nagpur.