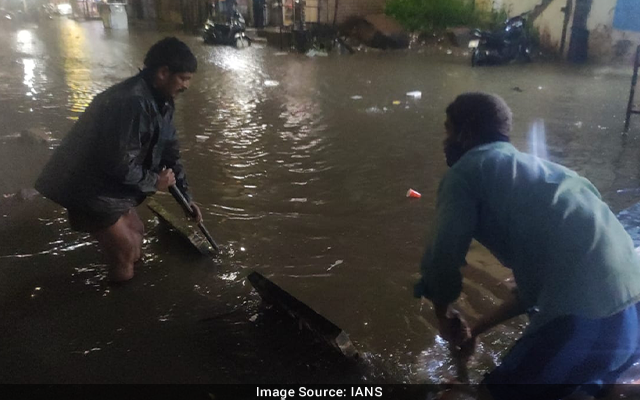 Hyderabad: A man was feared to have been washed away in Hyderabad on Saturday night following heavy rains that inundated low-lying areas.

Rescue teams were searching for the man who fell into a pit dug for drainage pipeline in the Manikonda area.

The man was caught on camera while falling into the pit near Golden Temple in Manikonda.

Disaster Response Force (DRF) teams of Greater Hyderabad Municipal Corporation (GHMC) launched the search operation late in the night but he could not be traced till Sunday morning.

A team was also searching for him at Neknampur lake, which is three km away from the place where he was feared washed away.

Heavy rains inundated the low-lying areas in the city. Rain water entered into residential colonies in some places.

Over 10 cm rainfall in just two hours led to massive waterlogging in many parts of the city.