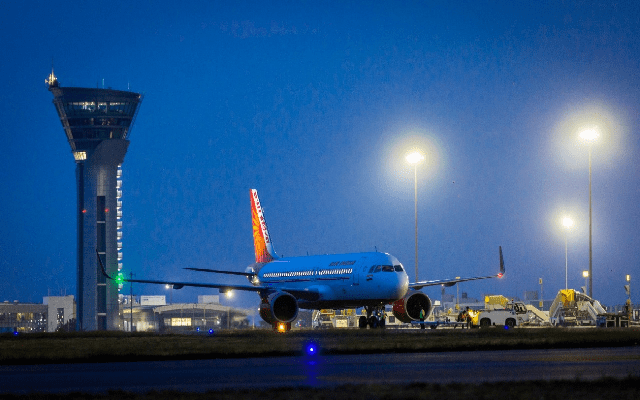 Hyderabad: The number of passengers in a single day from Hyderabad International Airport touched around 53,000 on March 27, which is about 109 per cent of pre-Covid daily average domestic traffic, the airport operator revealed on Sunday April 3.

The airport also recorded the highest number of post-Covid domestic Air Traffic Movements (ATMs) of 374 on the same day.

On March 28, the airport also achieved the highest-ever international passenger recovery of about 89 per cent of pre-Covid daily average passenger traffic.

According to officials, the airport witnessed about 7 lakh domestic passengers and around 1 lakh international travellers during the first half of March.

For the Summer-22 schedule starting from March 27, as many as 22 international airlines have filed flight slots to 19 international destinations. Malaysian Airlines, British Airways, Thai Smile, Fly Scoot, Flynas, Emirates, Gulf Air, Etihad, Air India, Indigo are among the airlines. The international summer slots filled is 103 per cent of the pre-Covid times.

Though the overall international travel was subdued during the prolonged Covid-19 pandemic, Hyderabad Airport is now connected to its earlier favourite destinations like Singapore, Qatar, Sharjah, Doha and Kuwait. The airport also added flights to new international destinations like Chicago and Maldives which got an exceptional response from travellers. Recently, the Hyderabad-Colombo flight has resumed. Dhaka and Baghdad will soon be added to this list.

According to the airport operator, the post-Covid growth in the destinations being connected has been remarkable and in the last few months, it has added 15 new domestic sectors.

Hyderabad is the only airport in the country where all ten domestic airlines fly. It has the right mix of passenger traffic. The profile of the passengers includes corporate travellers, VFR (Visiting Friends and Relatives), tourists, MSME (Micro Small and Medium Enterprises) and students. In the last two years, these segments have helped Hyderabad International Airport recover faster than any other metro airport in India

“With the international travel now open, we foresee considerable demand in the international passenger traffic in the coming months. The overwhelming response from leading national and international airlines in the summer schedule is proof of the sector returning to normalcy,” Pradeep Panicker, CEO – GMR Hyderabad International Airport, said.

“We are working with all our stakeholders to add more domestic and international connections from the Hyderabad International Airport. Passengers are also in for an enhanced experience and we will shortly open up the first phase of our expanded airport,” he added.