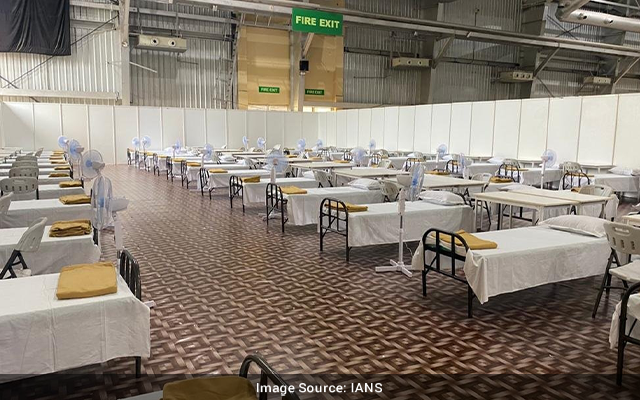 Hyderabad: In a shocking incident, a patient at a leading government-run hospital in Telangana was bitten by rats on Thursday March 31.

The incident occurred in the Intensive Care Unit (ICU) of MGM Hospital in Warangal, which is one of the major state-run hospitals in the state.

Srinivas was bitten by rats on hands and legs, leading to bleeding injuries.

The man was under treatment for respiratory and kidney-related ailments and is in a critical condition. According to his family members, he was earlier undergoing treatment at a private hospital and as they were unable to bear the expenses, they shifted him to MGM Hospital four days ago.

They alleged that the rats had bitten him on the first day and they had brought this to the notice of the hospital staff, who gave treatment for rat bites. According to them, the rats bit him again on Thursday morning.

“I was shocked to see blood all over the bed. Rats nibbled his fingers, arms and legs,” patient’s brother Srikant said. When he informed the hospital staff, they questioned him what he was doing.

“We have come here in the hope of some relief but his condition has worsened with the loss of blood,” he said.

Some staff members told him that similar incidents happened in the past and they have given written complaints to higher-ups for necessary action.

Resident Medical Officer Murali said the hospital would take steps to control the rat menace in the premises.

This is not the first time that such an incident has happened at MGM premises. Two years ago, rats were found nibbling bodies in the mortuary. The patients were worried as the rat menace has now spread to the entire premises including ICU.