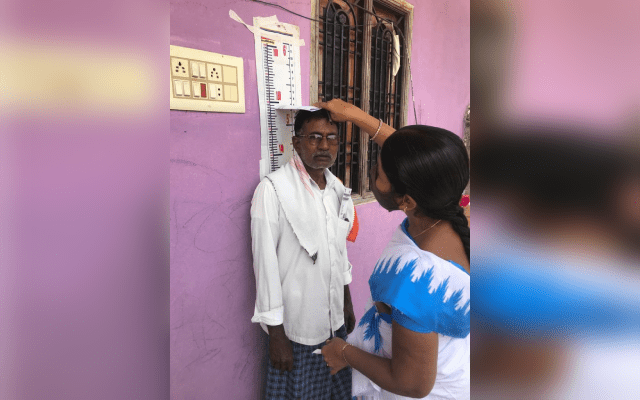 He exuded confidence that Telangana will be a torchbearer again on leveraging technology for positive societal impact.

“A pilot project to create digital health profile of all citizens has been kickstarted in Mulugu and Sircilla district on 5th March. It has been progressing well and I am confident that Telangana will be a torchbearer yet again on leveraging technology for positive societal impact,” tweeted KTR, as the minister for information technology and industries is popularly known.

The minister also posted a few pictures of the healthcare workers conducting check-ups to register health details of citizens.

The state government has sanctioned Rs 100 crore for the programme, which will eventually be rolled out across the entire state.

The health officials studied the health profile exercise taken up in Estonia for implementation of Telangana Health Profile project.

Under the pilot project in the two districts of Telangana, a total of 197 medical teams have been tasked for the roll out within 40 days. ASHA workers are assisting the medical teams in collecting samples from households on a daily basis.

Every individual will undergo at least 30 medical tests, following which he/she will receive a digital health profile card for future medical treatments.

The teams will collect details like blood pressure, sugar, urine and other blood tests. In case additional details are required in specific cases, such persons will be taken to the primary health centre or Telangana Diagnostic Centre concerned for further tests.

The health workers will create the health ID of every citizen and upload the relevant data. This will help in providing immediate healthcare to individuals in case of any accident or health emergency.

The data would be stored in digital form in a cloud which would be accessed when a person visits hospitals, or if anyone who met with accidents is in need of medical attention. The data will also help to know if a health ailment or complication is being reported the most in any part of the state, thus enabling the authorities to design and implement programmes for that particular region.