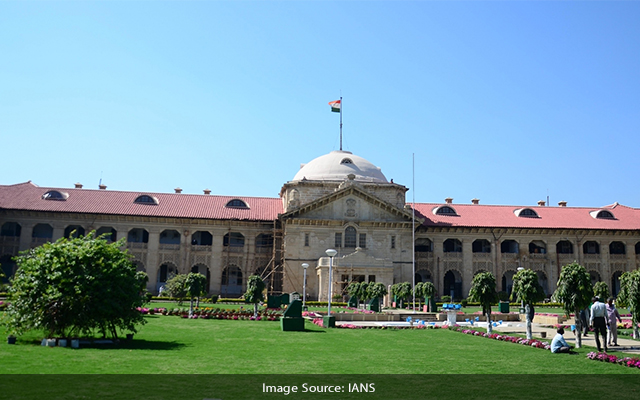 Lucknow: After 40 years of the incident, the Lucknow bench of Allahabad High Court has declared a 56-year-old accused as a juvenile, sentencing him to the punishment already undergone in a case of culpable homicide not amounting to murder.

The HC decided the plea of juvenility of the convict on the direction of the apex court and the order was passed by a bench comprising Justice Ramesh Sinha and Justice Vivek Varma.

The Juvenile Justice Board (JJB), Ambedkar Nagar, in October 2017, had declared the convict, Sangram, a juvenile, but while deciding the appeal finally on October 11, 2018, the HC did not consider this fact.

The HC, in fact, had partly allowed the appeal of convicts Ram Kumar and Sangram by upholding the conviction, but modifying the sentence under Section 304 (1) of IPC sentencing them to undergo 10 years of jail term.

Sangram challenged the high court verdict in the Supreme Court, pleading that the High Court committed grave error in deciding the appeal against him without considering his plea of juvenility that can be raised at any stage of the criminal proceedings.

The Supreme Court on August 27, 2021, remitted back the matter to the high court for deciding the plea of juvenility.

Hearing the plea, the high court found that additional sessions judge, Faizabad, on November 25, 1981, had found Ram Kumar and Sangram guilty for committing a murder in Ibrahimpur police circle, Faizabad, and hence convicted them with life imprisonment.

The two had preferred appeal in the High Court in 1981 against the said conviction and sentence.

During pendency of the appeal on a direction of the High Court, the JJB submitted its report before it on October 11, 2017, that Sangram was juvenile and aged about 15 years when the crime was committed in 1981.

Considering the matter after the remand order passed by the SC, the high court bench said, “Opinion was formed by the JJB on Transfer Certificate of Sangram pertaining to Class 5 and it was proved by the headmaster of the concerned school by placing relevant documents. No appeal has been filed by the complainant and even the state has not objected to the said finding of the JJB.”

“Thus, we are of the view that the report dated October 11, 2017, passed by JJB, after making thorough inquiry, is liable to be accepted and we, accordingly, accept the same,” observed the bench.