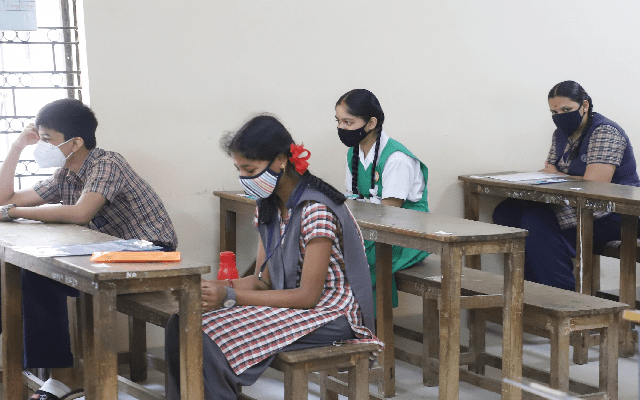 Lucknow: Nearly 7.8 lakh students have dropped out of the ongoing Class 10 and 12 examinations of the Uttar Pradesh Madhyamik Shiksha Parishad (UPMSP), also known as the UP Board.

On Monday, a whopping 2.9 lakh class 10 and 12 students skipped their exams.

Class 10 and 12 students had Computer and Geography exams respectively on Monday March 28.

The UP Board exams began on March 24.

In fact, the number of students skipping the exam so far is the highest in almost a decade.

In 2013, 5.6 lakh absentees were recorded by the UPMSP, which conducts exams.

The UP Board 2022 examinations saw 4.1 lakh students missing the examinations on day one when Hindi exam was slated for both Class 10 and 12.

The UPMSP saw over 70,200 students not attending their languages paper which was held on March 26. The languages include Urdu, Tamil, Bengali, Assamese, Gujarati, Punjabi, Nepali, etc.

The high numbers have now forced officials to probe the reasons for dropouts.

Additional Chief Secretary, Secondary Education, Aradhana Shukla has directed the UPMSP secretary to constitute a committee and involve the district inspector of schools to ascertain the circumstances that made students to leave their exams even after filling the forms.

However, officials said they feel the high dropouts is due to Covid-19 pandemic that has affected people’s financial situation.

“This could be an important reason other than strict security measures which are in place to curb the cheating menace,” said a senior official.