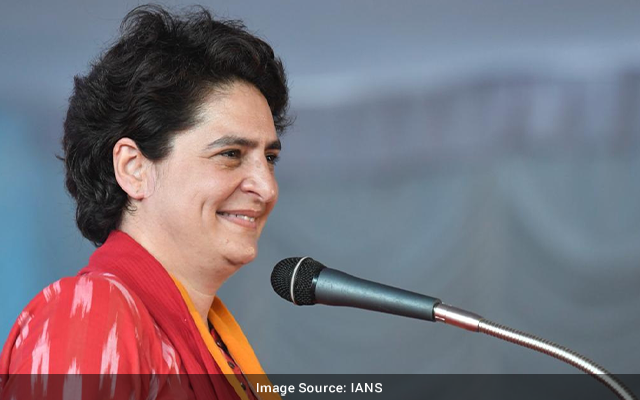 Lucknow: Women and their issues are gradually finding a toe-hold in Uttar Pradesh politics after Congress General Secretary, Priyanka Gandhi Vadra put the focus on women by releasing a women-centric poll manifesto and announcing 40 per cent reservation for women in the upcoming Assembly elections.

The Congress apparently wants to build up women as a vote bank and cut through caste and religion barriers in politically divided Uttar Pradesh.

Other parties are gradually turning towards women and their leaders feel that they may lose a chunk of votes if they do not include women in their political agenda this time.

Prime Minister Narendra Modi earlier this week addressed an all-women rally in Prayagraj where he listed the various welfare schemes his government had launched for the benefit and empowerment of women.

SP sources said that party leaders preparing the manifesto had been specifically asked to include ‘sops’ for women. The party is expected to give more tickets to women this time.

Bahujan Samaj Party (BSP) President, Mayawati said on Wednesday that 50 per cent population was of women but they were still deprived of their rights.

“B.R. Ambedkar had made constitutional provisions to empower women and the BSP had been following his directives,” she added.

Priyanka said, “It was after we announced 40 per cent tickets for women, all parties have woken up to the power of women votes. I am happy that other parties are working in this direction.”