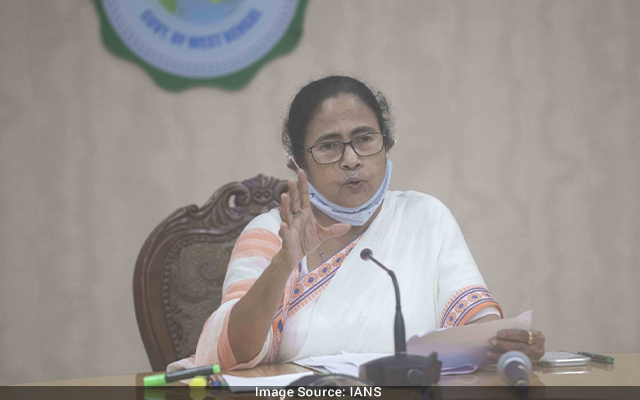 Kolkata: In a significant statement, West Bengal Chief Minister Mamata Banerjee said during her election campaign for the bypoll in Bhabanipur on Wednesday September 22 that if she doesn’t win the by-election, someone else will become the Chief Minister.

Political experts are of the opinion that the Chief Minister’s statement is an expression of her tension over the bypoll.

“She has never been in this situation before and so she is worried about the outcome of the election. The data of previous elections in Bhabanipur also shows that she is not totally comfortable about her victory,” a political analyst said.

Labelling herself as the protector of the people, the Chief Minister said, “I was asked to contest from Nadigram where I had fought for the peasants’ movement, but you all know how I was defeated there. The case is lying pending before the court.

“You will all come to know what happened to me there. But now I am here… Perhaps this is fate. I cannot leave you. Every vote is valuable. So don’t waste your vote thinking that I shall win. If you don’t give your vote, I shall lose.”

“They are running the government in an autocratic manner. They have suddenly imposed Section 144 in Tripura only to stop us from conducting a rally. This cannot continue in a democratic country.

“If necessary, games will be played in the same manner in Tripura, Assam, Goa and Uttar Pradesh. Your vote will help stop the rioters. If you start the process here, you will see the result in Delhi. I shall go to any extent to fight this Talibanism,” she added.