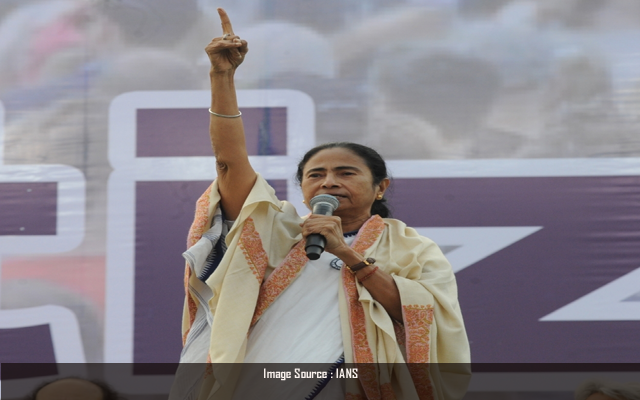 Kolkata: Chief Minister Mamata Banerjee has occasionally said that she owns nothing but perhaps that is not the case with her other family members. A recent declaration by her sister-in-law, Kajari Banerjee, shows that she and her husband — Samir Banerjee have a cumulative property worth nearly Rs five crore.

Giving a detail of the property Kajari Banerjee in her affidavit mentioned that she is the owner of nine plots of land, including plots in Birbhum, Kolkata and even at Puri and Talcher in Odisha. Not only Kajari but her husband also owns five properties, including one residential building in Kalighat. She also has gold ornaments of around 400 grams worth nearly Rs 20 lakh.

Both 53-year-old Kajari and her husband, who has declared themselves as social workers, have an annual income of Rs 25.7 lakh and 17.8 lakh respectively.

Interestingly enough the West Bengal Chief Minister and Trinamool Congress supremo Mamata Banerjee’s net worth assets have gone down in the last 5 years. In her self-sworn affidavit filed before the Election Commission of India, Mamata declared that her net worth is Rs 16.72 lakh which is 48 per cent less compared to her 2016 assets. The 66-year-old leader’s total movable assets were worth Rs 30.45 lakh before the Assembly election in 2016.

The Trinamool Congress supremo, who contested from the Nandigram Assembly constituency in Purba Medinipur district, doesn’t own any vehicle or property. Her income for the year 2019-20 was Rs 10,34,370.