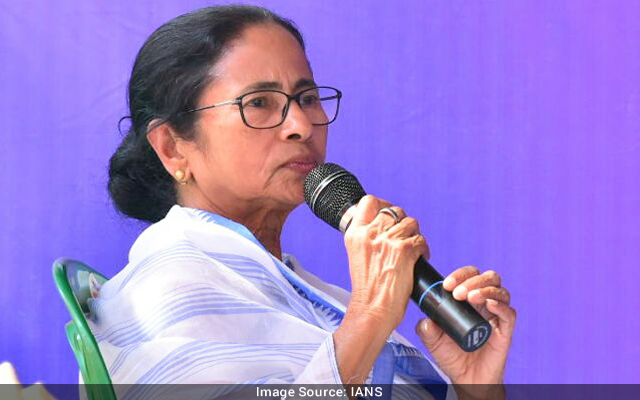 Kolkata: Though the BJP won four states in the recent Assembly polls but winning the Presidential election will not be an easy task for it because they don’t have even half of the legislators of the country, West Bengal Chief Minister Mamata Banerjee said on Wednesday March 16.

In her reply on the discussion on the budget in the Assembly, she said, “The BJP may have won elections in four states but not even half of the country’s legislators, who elect the President of India, belong to the party. It will not be easy for the BJP to win this election. The game is not over yet.

“Those who don’t have even half the number of legislators in India should not make tall claims.”

“Regional forces, such as the Samajwadi Party, may have been defeated but they are stronger now,” said Banerjee, noting that her ally in Uttar Pradesh controls 111 of the state’s 403 seats, 64 more than its tally in the last polls.

“Opposition parties have more MLAs across the nation. The country is fighting the party at the Centre,” she added.

The Presidential election is conducted through an electoral college with Parliament and legislative assembly members casting their votes in order of preference for the candidates in fray.

The number and value of votes of each voter from the state legislatures is worked out by a formula which takes into account the population of the state in 1971.

Criticising the BJP government at the Centre over the ‘Pegasus’ issue, Banerjee claimed that her phone is also being tapped, and she also had received an offer to buy the spyware but had declined it.

“My phone is being tapped. If we talk about anything, they will come to know. Three years back, I had also got an offer to buy Pegasus. But I did not buy it. I don’t believe in interfering in privacy and curbing freedom of speech. But several BJP-ruled states had bought Pegasus,” she said.

Amid slogans of the opposition on the deteriorating law and order situation in the state, the Chief Minister said: “Inefficiency of one or two people does not determine the effectiveness of the entire police force. The police are conducting thorough investigations. Nobody will be spared.”

“The police will not take into account the political background of any suspect. They will take strong action,” she said.

“The opposition did not say a word to condemn the murder of TMC Councillor Anupam Dutta at Panihati in North 24 Parganas. Tapan Kandu, the other Councillor who was murdered, belonged to the Congress,” she added.