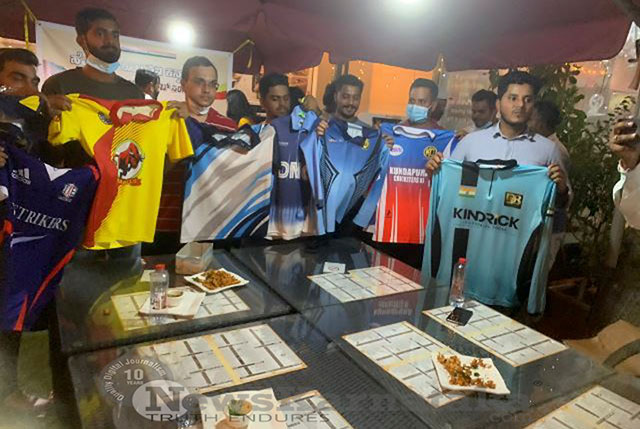 On the occasions of Kannada Rajyotsava and the world-renowned Mysuru Dasara, Hemmeya UAE Kannadigaru is organizing Kannadigara Premier League (KPL) cricket tournament on October 15. 2021, from 6 am to 2 pm at Jaddaf Cricket Stadium in Dubai, UAE.

The previous edition of the tournament was held in 2019 with 28 teams and the organizers expect a similar or higher number of teams to compete for the prestigious trophy this year. Participation is absolutely free.

The event will be officially inaugurated by Sri Mohammed Mustafa, owner of M Square Engineering Consultancy, who is a Patron and Donor of many Kannada associations. He is known for always immediately responding to Kannadigas in distress and good causes related to Karnataka.

The meeting was organized by organizers and Team Captains, in the presence of Mamatha Raghavendra President of Hemmeya UAE Kannadigaru Team, Dubai and Ex-president Sudeep Davanagere proudly revealed the cricket Match Trophy. Dubai Dasara Sports Festival Logo was also unveiled by all the Team Members and Cricket Team Captains who revealed their Team Jerseys released the tournament schedule accordingly.