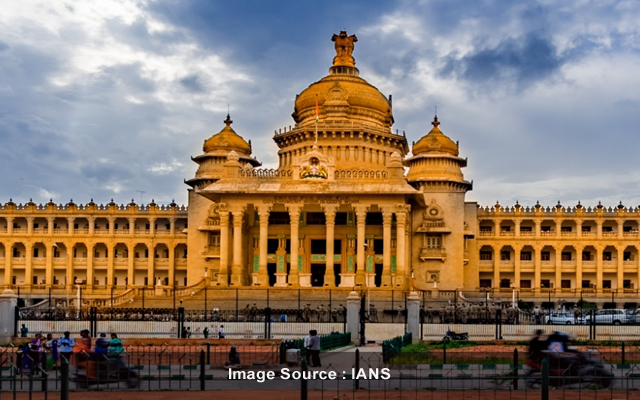 Belagavi: Members of the Karnataka legislative Assembly on Thursday December 16 passed a censure motion against the burning of Kannada flag in Kolhapur in Maharashtra.

Revenue Minister R. Ashok said the act of burning of Kannada flag in Maharashtra had saddened everyone.

“No matter which government is in power, its primary duty is to protect the interests and identities of the state. The Shiv Sena in Maharashtra and the members of Maharashtra Ekikaran Samiti (MES) have been displaying disrespect towards Karnataka,” he said.

“We will ask the Maharashtra government to see to it that such incidents do not occur. The censure motion will be sent to them and they will be urged to initiate action against those who burnt the Kannada flag,” he informed the state Assembly.

Siddaramaiah, the Leader of Opposition in Karnataka Assembly, said the Shiv Sena and MES miscreants are indulging in unruly behaviour, which would disturb the peace and harmony between the two states.

“They have burnt the Kannada flag thinking that Kannadigas are weak,” he said.

Members of JD(S) supported Annadaani and gathered at the well of the House to protest. There was chaos in the House, leading to its adjournment.

Shiv Sena activists had burnt the Kannada flag at Kolhapur in retaliation to the blackening of face of a MES leader named Deepak Dalavi in Belagavi. The MES was organising a ‘Mahamelav’ in Belagavi parallel to the Assembly session held in the Suvarna Soudha. The Karnataka police had taken Kannada activists into custody on the spot for blackening the face of the MES leader.