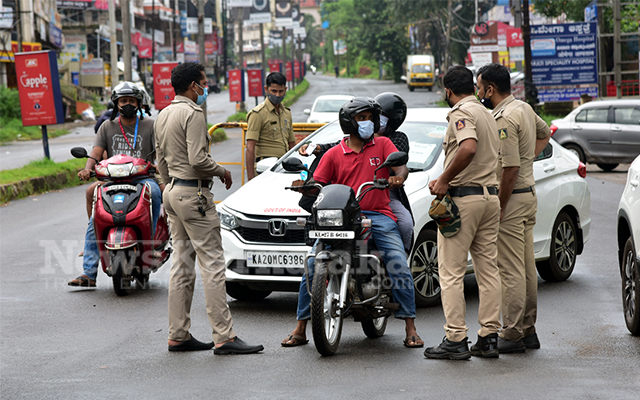 Belagavi: The Karnataka Police on Wednesday December 22 made elaborate security arrangements in the Belagavi District in view of the Maratha activists from Maharashtra threatening to cross the border and hold protests here.

Police sources said the activists had made statements regarding the border crossing while condemning desecration of the Shivaji Maharaj statue in Bengaluru. “We do not want to take any chances and security has been tightened in the border areas to prevent Maratha activists from entering the State to stage protests,” police said.

The police also said that the Maratha activists have gathered in Maharashtra on the other side of the Kagawad border and police are on a high alert to prevent any untoward incident.

Meanwhile, the Karnataka government has slapped sedition charges and invoked the Goonda Act on miscreants who vandalised freedom fighter Sangolli Rayanna and desecrated Shivaji and Basavanna statues. The government has also warned that it will spare anyone trying to disturb the law and order situation in the State.

The Police Department has taken extra measures as the 10-day Winter Session of the Assembly session is being held in the border town of Belagavi.