Belagavi: Three journalists, including the editor and a photographer of a local Urdu daily were arrested by the city police on charges of sedition here on Thursday. Earlier on Tuesday Kalaburgi police had detained 21-year-old Mohammed Hussein Ali Qureshi of Kalaburagi who was caught by the airport authorities at Sambra while videographing the vital installations and was booked on charges of sedition.

The arrested are Ejaz Bihari, editor of the Urdu daily, photgrapher Javed, and Akbar also working with the newspaper. Their arrest was made after Qureshi revealed police that he and three others were hired for the job to videograph vital installations including airports, central bus stations and railway stations in Belagavi and Dharwad-Hubballi.

According to sources, Qureshi, a resident of Kalaburagi, suspected to have terror links, was found videographing defence and civilian installations, including the airport at Sambra, in Belagavi district. The security personnel caught him at the airport and handed over to the city police. He was produced before a local court and handed over to police custody for further investigations.

The police declined to reveal more stating that the investigation was underway. However, the sources confirmed that the three arrested are not linked to the IS. 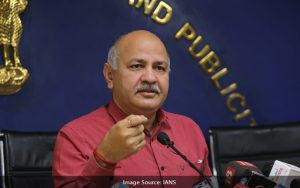