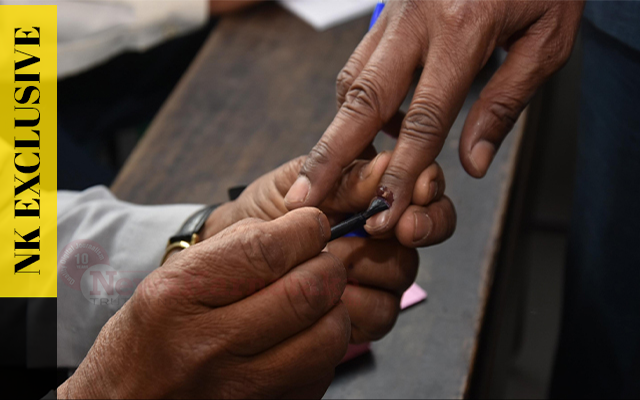 Vijayapura: With hardly two weeks left for the Legislative Council polls for North-West Teachers’ and Graduates’ segment, the poll campaign has been intensified from the candidates in Bagalakote and Vijayapura Districts.

For the June 13 council polls, BJP has announced sitting MLCs Arun Shahpur and Hanumanth Nirani as its nominees for Teachers’ and Graduates’ segment, respectively and Congress fielded its veteran Prakash Hukkeri for Teachers and Sunil Sanka for Graduates’ Constituency. Professor Srinivasgouda B. Goudar will be contesting as an independent candidate from Teachers’ segment, who is also receiving good response from the voters in Bagalakote.

BJP’s Minister for Water Resources Govind Karjol, Former Minister Laxman Savadi, BJP State General Secretary and MLA N. Ravi Kumar, and Rajya Sabha Member Iranna Kadadi have already launched the campaign for the party candidates in the Belagavi region. Meanwhile, Congress has limited itself only to Belagavi and it is yet to start campaigning in Bagalakote and Vijayapura Districts.

Sitting MLC Hanamanth Nirani, who is the brother of Minister for Large and Medium Industries Murugesh Nirani, is expecting the second consecutive win from the same segment. “I have started preparing for this poll six months ago. I am confident that I will register a thumping victory against the Congress nominee,” firmly stated Nirani.
“I have already chaired meetings with the stakeholders of the NW segment. I have responded to the issues of graduates during my tenure. I am confident that the voters will bless me for the second consecutive term. The party leaders are campaigning intensively in the region,” added ruling party representative Nirani.

Expressing confidence in the party candidates of registering a comfortable victory, Minister Govind Karjol, said that, “The credit for bringing a new lease of life in the education sector for India through Sarva Shiksha Abhiyan should go to former Prime Minister Atal Bihari Vajpayee. BJP is giving prominence to the education sector as the party believes that education is the key in the development of the society.”
“Under this abhiyan hundreds of new schools were opened and thousands of teachers were appointed. The literate people are aware of this and I am confident that they will support BJP candidates in this council polls to ensure victory of the candidates,” said Karjol while addressing a poll campaign in Vijayapura recently.

Chief Minister Basavaraj Bommai and Former CM B. S. Yediyurappa are likely to campaign for two-days in the North-West Legislative Council segment, which comprises Belagavi, Vijayapura and Bagalkot Districts.