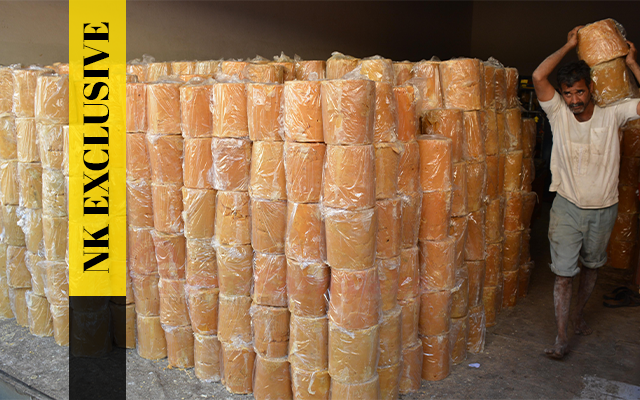 Vijayapura: The sugarcane growers in the Bagalkot district can expect better days ahead with the State Government decision to support the production, processing and marketing of ‘Jaggery’ under the ‘One District, One Product’ (ODOP) scheme.

Former Chief Minister B. S. Yediyurappa had announced 22 different products for 30 districts, where each product in every district was chosen on the basis of their prevalence in the region and in view of the scope in the market for them under ODOP scheme. Among the 22 selected products, Jaggery is one of them and has been picked from Bagalkot.

Earlier, the State Government had declared onion crop for Bagalkot under ODOP scheme. However, because of the lack of availability of storage units and other issues the authorities have decided to replace it with Jaggery. The onion crop is grown annually in over 35,000 hectares in the district.

According to sources, “As sugarcane is another major crop after onion in Bagalkot – the State Government opted for Jaggery for under ‘One District, One Product’ scheme.”

“Though the majority of the sugarcane is transported to sugar factories for production of sugar and ethanol in the district, there are few farmers who still produce jaggery in Alemane, which is a traditional crushing and processing unit. In order to encourage more farmers and entrepreneurs in the jaggery production and by-products produced from jaggery, the authorities have opted for jaggery from Bagalkot,” claimed sources.

According to the Department of Agriculture, “The sugarcane is cultivated in over one lakh hectares in the district. There are eleven sugar factories in the region. Among the sugarcane produced, the majority of the crop will be transported to sugar factories.”

Chetana Patil, Joint Director of Department of Agriculture said, “Under this programme, special incentives will be provided like financial assistance to set-up processing and production units. We have already received 10 applications under ODOP scheme, of which three have been rejected, four are under process and one application is in the final stage. We are also conducting rigorous training under the ODOP scheme by giving new ideas to the enthusiasts in the district.

“In the first stage we are concentrating more on setting up a small business, where the budget will be around Rs. 10 lakh per unit. We have already received one application, where the applicant is planning to produce sugarcane juice. A regular follow-up is also being made by the higher authorities in the implementation of this scheme as early as possible,” said Chetana.