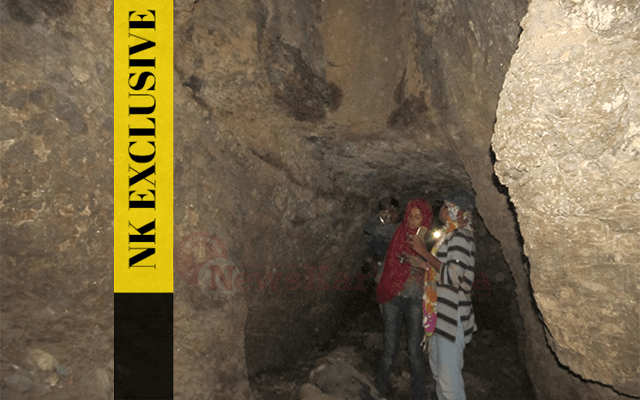 Vijayapura: With an aim to restore the five-century-old Karez system, the District Administration is working at a brisk pace as it has submitted a preliminary project report for the Department of Tourism (DoT).

Less than a month ago, Deputy Commissioner P. Sunil Kumar along with officials of DoT and archaeology experts inspected the ancient Karez system, which is a network of underground traditional water harnessing technology, and had expressed willingness of restoring and conserving at least 500 meters against the total length of 3 kilometres tunnel.

The District Administration has submitted a preliminary project report of carrying out restoration works of about 500 m from Itagi Fuel Station to Inspection Bungalow to District Civil Hospital at an estimated cost of Rs. 4.75 Crore to the Department of Tourism.

According to sources, “Sindhu B. Rupesh, Director of DoT, accepted the project and recommended for the approval of the Secretary of the DoT. The project is likely to get a nod by the end of this month.”

The District Administration has decided to hand over the restoration and conservation works to the ASI. However, the desilting work will be carried out by the Vijayapura City Corporation (VCC) under the supervision of ASI.

DC Sunil Kumar said, “Earlier the officials of the Department of Public Works, ASI and DoT had prepared the project report in 2016. We have revised the same report and submitted it to the department. We are just a step away from kick-starting the restoration works. As planned only 500m of the Karez system will be restored and developed as a tourism hotspot.”

“We have decided to hand over the restoration works to ASI as the entire Karez is under the jurisdiction of ASI. The State Government will release the funds directly to the Director-General of ASI. The works have been divided into two phases. In the first phase, desilting work will be carried out at an estimated cost of Rs. 2 Crore and in the second phase landscape development and tourism facilities works will be performed for Rs 2.75 Crore. I have all the confidence that the Secretary of DoT will approve the project to develop it as one of the marvellous ancient tunnels,” elaborated Sunil Kumar, who is also a Chairman of the District Tourism Development Committee.