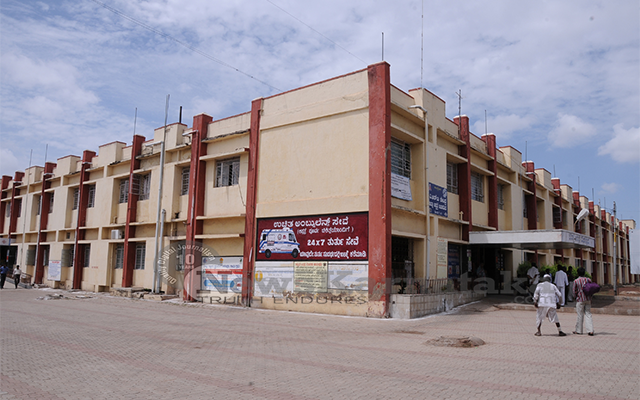 Vijayapura: Following the alleged case of selling of newborn from the District Government Hospital recently, a case has been booked by Child Helpline against the mother and one of the staff nurses of the hospital on charges of selling a child.

The Women Police Station of the City too has filed a case and taken up an investigation.

It may be noted that a woman who was admitted in the government hospital, has been accused of selling her child with the help of the staff nurse. The baby is said to be four-week-old which was allegedly sold.

The child helpline which has registered the case, says that a woman aged 25, a resident of Bijjaragi Village of Tikota Taluk got herself admitted in the District Government Hospital for delivery on August 19.

According to hospital sources, she delivered a male child.

During her stay in the hospital, she reportedly expressed her helplessness stating that she is unable to raise the child. She reportedly told this to one of the staff nurses of the hospital. According to the woman, she is financially weak, thus, can’t take care of the child. Though she got discharged from the hospital on August 26 itself, she however returned to the hospital a few days later and met the same nurse.

She wanted the hospital to keep the baby, but the nurse who took the baby from the women, allegedly sold the baby to a couple and also gave Rs. 5000 to the woman who did not wish to keep the child.

The matter reached the Child Helpline when ASHA workers of the village inquired about the baby and found the details. They later alerted the helpline about the incident.

On anonymity, a staff of the helpline narrates a different story about the incident.

According to the staff, the husband has deserted the woman three years ago. Following which, she had been staying with her parents. The husband it is believed deserted her as he suspected of her having extra marital affair. Also, it is said that he did not take care of the first child too as he believed that the child is not his. Now, as the woman has given birth to a second child, she does not wish to raise it because of the social stigma, the staff said and added that thus she decided to give the child to the nursing staff who later allegedly sold the baby.

Meanwhile, the Women Police Station which has taken the case, says that they have asked the hospital to provide CCTV footage to confirm any details related to the case. No person has been so far arrested as the investigation is still under progress, the police said.

Amid this Dr. S. L. Lakkannavar, In-Charge District Surgeon of District Civil Hospital said that the incident has come to his notice.

The woman was admitted in our MCH section and gave birth to male child on August 19. The entire incident happened after she was discharged from the hospital. This is the first time that such a complaint has been received against the staff nurse in the District Civil Hospital. An action will be taken against the staff nurse if she is found guilty in the investigation.

Meanwhile, the woman has been counselled. She has been accommodated in one of the centres of child helpline.

Sunanda Tolabandi, District Coordinator, pointed out that, “A woman expressed clearly about handing over the baby to the District Civil Hospital because of various reasons before the staff nurse. There is a provision in the law that if a mother is not willing to raise the child, she can hand it over to the government. Thereafter, the government will avail that infant for adoption under various schemes. Even after knowing this law, a staff nurse, with the help of her husband, has sold the child illegally. We are yet to trace out the child. If they had followed the procedure, we wouldn’t have filed the complaint. We will fight this until justice is served to a victim,” she added.