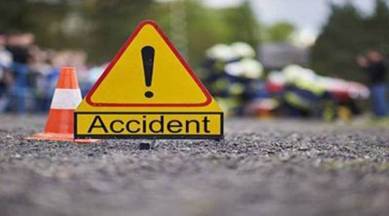 Bengaluru: In an incident, a three-year-old girl died after being run over by a water tanker at Sarjapura Road here in the City on Thursday May 26.

The deceased has been identified as Pratiksha Bhat. She was playing outside the apartment. While water tanker was taking reverse turn in reckless manner the girl came under wheels of the tanker. The victim who sustained severe head injury died on the spot. HSR layout police is trying to trace the driver.

A case has been registered against him under IPC Sections 279 (negligent driving), 304 (A) (causing death by negligence) and 134 (A and B) read with Section 187 of the Indian Motor Vehicles (IMV) Act.