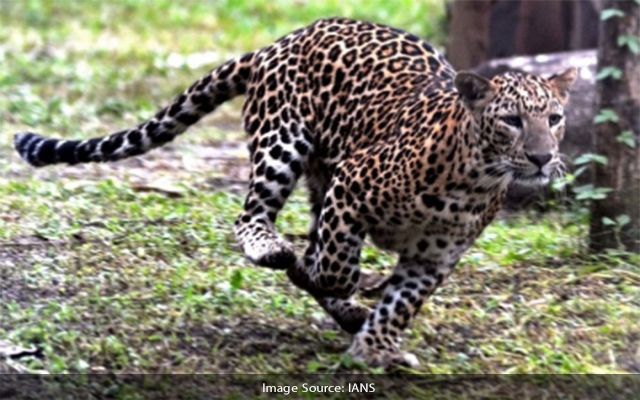 Bengaluru: According to sources, employees at the rail wheel factory at Yelahanka spotted a leopard at 11.00 pm on Saturday March 26. Following this, the department officials have set up a cage to capture the animal.

During a routine patrol, members of the Railway Protection Force saw the leopard on the factory’s periphery. Later, they found the leopard wandering along the road adjacent to the factory’s compound wall after examining the CCTV footage.

Officials at the factory claimed the sighting has caused worry among employees and local people, but that they have no idea where the animal came from. The Forest Department staffs were unable to locate the animal’s pug markings on the factory premises.

Govindaraju, Assistant Conservator of Forests at the Bruhat Bengaluru Mahanagara Palike (forest division) have been asked employees not to move around the campus.